— And why you should be happy that GOA is under attack!

This has been an incredible month and we’ve seen some fantastic victories.

Some of the successes we’ve reported on already — like the defeat of House Majority Leader Eric Cantor at the hands of GOA-supported Dave Brat. This week in Colorado’s 4th Congressional District, GOA-endorsed candidate Ken Buck won his primary by an astounding 20 points.

This is great news for gun owners across the country.

Gun Owners of America doesn’t look for candidates who will merely vote right, but do nothing else. We look for strong leadership qualities and the willingness to stand up to the powerful elite in Washington D.C.

Dave Brat and Ken Buck are those type of candidates. 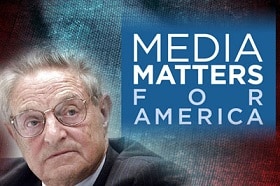 But there are some other good news events that we want to make you aware as well.

Congrats to GOA members for making such a difference!

First, you should be encouraged that your hard work has garnered the ire of anti-gunners who now have their sights set on the “increasingly powerful Gun Owners of America.”

Yes, this means that the Soros-funded Media Matters is now prepping for a hit piece on Larry Pratt and your GOA.

The Anti-gun Left is attacking GOA — THE CHIEF organization — that they described as being the number one reason that gun control didn’t pass last year.

But don’t worry.  GOA will answer their scurrilous charges, even as we stay on the offensive.  Stay tuned for more details.

This month, GOA blasted a recent attempt by ATF to expand its “multiple sales” reporting requirements — which would have required the reporting of most rifle sales whenever any FFL sold more than one firearm to anyone within a five day period.

In official comments submitted to the Bureau, GOA charged the ATF with attempting to create a national gun registry, “seeking to accomplish through back channels what it may not do directly.”

To that end, GOA demanded that ATF withdraw its regulations, given that it’s “a proposed regulation in disguise, [which] violates the statutory prohibition on the creation of a national gun registry.”

Within a week of GOA’s comments, ATF backed off from its surreptitious effort, returning its requirements to the status quo.

GOA victorious in the Supreme Court

We earlier reported on the disappointing outcome of the Abramski case, where (in the quest to fight “gun trafficking”) a former police officer was convicted of buying a handgun and selling it to his uncle, who was also approved by the NICS check.

But under the premise that “even a stopped clock is right twice a day,” the Supreme Court did hand down a very beneficial decision in the Susan B. Anthony List v. Driehaus case — a case where GOA had submitted an amicus brief!

This decision is extremely important for pro-gun supporters, as the net effect of the verdict means that anti-gun state bureaucrats will find it much harder to squelch GOA’s First Amendment speech.

Had the Court ruled against us, state agencies would have been permitted to determine alleged truth and falsity in the context of election campaigns, essentially giving the government the power to silence speech it does not like, thereby usurping the power of the people to decide for themselves in the democratic process.  That would have made it extremely difficult for GOA to hold public officials accountable.

Thanks to your support, GOA is on the front lines defending freedom. Click here if you would like to contribute $10 or $20 to help in these efforts.