(American Thinker) — For nearly three years, federally-licensed firearms dealers (“FFLs”) in southern border states have been badgered by the Bureau of Alcohol, Tobacco, Firearms, and Explosives (“ATF”) to report sales of two or more rifles to the same person during any consecutive five-day period. Purporting to need this information to stop arms trafficking in and out of Mexico, ATF issued so-called “demand letters” to require indefinite reporting of multiple rifle sales by thousands of dealers, treating the independent FFL businessmen as though they were government employees. 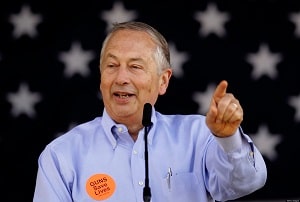 ATF has no authority to require these reports. Although the Gun Control Act of 1968 authorizes ATF to issue demand letters, these were to be issued only when ATF is investigating certain specific buyers or specific FFLs, and this is how they were used for many years. They were not designed to impose a new permanent reporting requirement on dealers.

Moreover, in the Gun Control Act, Congress decided to require reporting only of multiple handgun sales, but not rifle sales. However, instead of taking its case to Congress to change the law and enact legislation requiring reporting on rifle sales, ATF took the law into its own hands.

In 2010, alleging that many of the guns sold by FFLs in the border states of Texas, Arizona, New Mexico, and California were being seized in Mexico, ATF required that every FFL in the border states report all multiple sales of rifles. ATF was challenged on this in court, but the courts sided with the ATF.