Please click on the Take Action button to help stop gun confiscation in Oregon. Please give your best gift of $25, $50 or even $100 to help the Oregon Firearms Federation fight ballot measures IP43 and IP44 in court.

A Pro-gun lawsuit by the Oregon Firearms Federation may be the only thing blocking a November ballot measure which would essentially ban a good portion of the guns in Oregon — without any grandfather clause. 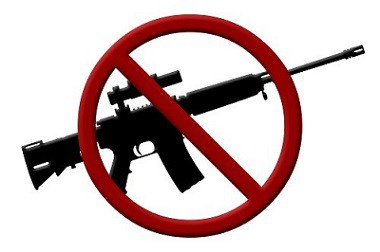 In April, GOA alerted you to this nightmarish legislation.

As we said then, ballot measure IP43 would ban — retroactively — the most popular firearms in the country, starting with semi-automatic rifles and many semi-automatic pistols.

In fact, the measure is so extreme, some lever action rifles could be banned!

The same is true for magazines.

You could keep your guns and magazines — for now — if you registered with the government (like a sex offender) and if you didn’t use your guns for hunting or any plinking.

Ballot measure IP 44 would require you to lock up any firearm you were not actually carrying making the useless for self-defense for you or any member of your household no matter how qualified and authorized they were.

Basically, you could keep your guns in a vault until they rusted away.

But how, you ask, could the “gun confiscation folks” convince Oregonians to go along with such a fascist scheme?

The answer is: BY LYING.

By fraudulently stating that the guns they are confiscating are “military-style” assault weapons, like the fully automatic M16 and M4. By telling voters that locking up firearms will keep people safe when we know it can get people killed.

The Oregon Firearms Federation has filed challenges to both measures based on the misleading language Oregon’s anti-gun Attorney General used in the ballot “titles.”

They are challenging the gun grabbers’ fraudulent description of these two dangerous measures.

The Oregon Supreme Court has already attempted to fast-track IP 43 but has been slowed down by the quick action of OFF’s lawyers. However, the court has bypassed its own rules to fast track IP 44 in an effort to give the gun grabbers every advantage.

The Oregon Firearms Federation needs your financial support to fund their legal actions to protect gun owners. If these measures reach the ballot, they will become a templet for similar ballot measure across the country, so your help is urgently needed.

With a little effort now — and a little financial support — we may be able to sidetrack a much bigger problem later on.

Please support the Oregon Firearms Federation lawsuit by donating to OFF here.

P.S. Don’t let the gun grabbers gain an easy victory at the polls by lying to the electorate. Please help support the OFF lawsuit to stop the state from confiscating commonly-owned firearms!