In a “Friday media dump” designed to conceal its actions by releasing them after the press has left town, the Obama administration last week announced its intention to push two regulations which would massively expand the federal gun bans imposed on Americans.

“SEE A SHRINK; LOSE YOUR GUNS”

The first proposal — from HHS — would effectively say that federal health privacy laws (HIPAA) do not apply to the Second Amendment.

This isn’t the first time Obama has stuck his leering eyeballs into Americans’ medical records and private affairs.  From its Orwellian government database on Americans’ health records to its voracious seizure of Americans’ phone records, the Obama administration can’t trample our personal privacy fast enough.

Not to be outdone in the Sebelius/Holder “Mutt and Jeff act,” Attorney General Eric Holder — currently being pursued for contempt of Congress — intends to seize guns from persons subject to “outpatient commitments (even without a court order) (and) … someone (deemed by some bureaucrat to be) lacking mental responsibility or deemed insane…” 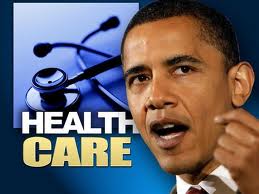 More than 150,000 law-abiding veterans have already lost their constitutional rights — with no due process whatsoever — because they consulted a VA therapist about a traumatic incident in Iraq, Afghanistan, or the Balkans.

Under these new regulations, tens of millions of police and firemen with Post Traumatic Stress Disorder — or people who, as kids, were diagnosed with Attention Deficit and Hyperactivity Disorder — could lose their constitutional rights without any court order, merely because they sought a benefit under a federal program.

And you want to know the hidden agenda behind DOJ’s “commitment” language?  We have a member in a rabidly anti-gun state.  Many years ago, he was picked up by police and, without the approval of any court, sent to a mental facility overnight for “observation.”  The mental facility found no mental problems and promptly released him.

However, many years later, as a result of that state’s anti-gun crackdown (which Holder is now trying to emulate), his name has been sent to the NICS system.  He has lost his constitutional rights, and it will cost him tens of thousands of dollars (which he does not have) to get them back.

We believe this is unlawful under current law.  But it will probably not be unlawful by the end of Holder’s regulatory proceedings.

What does Sebelius have to say about this?  Well, she is surprisingly flip:  “There is a strong public safety need for this information to be accessible to the NICS, and some states are currently under-reporting or not reporting certain information to the NICS at all.”

And this from the White House:  “…when persons with a mental illness do not receive the treatment they need, the result can be tragedies such as homicide or suicide.”

But herein lies the problem:  When Americans with Post Traumatic Stress Disorder and Attention Deficit Disorder realize that nothing they say to their therapist is really confidential, they’re not going to be seeking treatment for very long.

But there’s an even more fundamental problem:  Last winter, Barack Obama decided that he would devote the first half of 2013 to the destruction of what he and his supporters characterized as “the gun manufacturers’ lobby.”  Tens of millions of Americans let their senators and representatives know that they found Obama’s views and Obama’s legislation to be odious and offensive.  As a result, it was rejected in the Democrat-controlled Senate.

So now, as has happened so many times before, Obama has set himself “above the law.”  What could not be done using constitutional processes is now being slammed through by regulatory fiat.

The Justice Department and HHS regulations will now be submitted for “public comment and review.”  But, as with everything else Holder and Sebelius do, this is little more than a sham.

Rather, our efforts will be to get Congress to defund these unconstitutional efforts.  And we will start by submitting proposed legislation to friendly senators and representatives.

ACTION 1: Click here to contact your senators and representative. Ask them to cosponsor and support legislation which will block Barack Obama’s unconstitutional gun bans.