The New Year: Prospects for the Second Amendment

“Gun Owners of America, another gun rights organization, also showed the power of mobilization…. Back in April, Gun Owners of America showed with one email alert that it could help flood the phone lines on Capitol Hill days before the Senate vote.” — National Public Radio, December 26, 2013

We told you we wouldn’t ruin your Christmas holidays or New Year’s celebration for you.  And we didn’t.  And so there is no “action item” to this alert.

But, in case you’re getting just a little bit restless for the next political fight with anti-gun zealots, we thought we might lay out our thoughts about the prospective gun-related battles in 2014.

As a result of Harry Reid’s invocation of the “nuclear option,” the Senate now has no rules.  Sure, Reid claims that his little fraud scheme doesn’t apply to legislation or to Supreme Court nominees.  But, once you make fraud the “coin of the realm,” you’re no longer in a position to say that the only “acceptable” fraud is this type of fraud — or that type of fraud.

When a Supreme Court vacancy comes up, it will be decided, if necessary, by a majority vote.  And if that nominee is to replace swing vote Anthony Kennedy, the pro-Second Amendment Heller and McDonald cases will be reversed and, at least as far as the courts are concerned, the Second Amendment will be read out of the Constitution.

So the central objective for 2014 will be to insure that “Dirty Harry” Reid is no longer Senate Majority Leader after the beginning of 2015.

We believe 2014 will be a “tsunami year” for Republicans, as a result of the waves of catastrophic news which we predicted for the anti-gun ObamaCare law.  Plus, the President will fall far short of his target of enrolling 7,000,000 people, because young folks are not being successfully suckered into buying overpriced insurance which does nothing but subsidize wealthier people’s health care.

As many as 80-100 million people may lose their health insurance, as the “employer mandate” kicks in.  Millions more will lose their jobs.  And a large swath of the middle class will end the year with the prospect of penalties far above the $95 floor.

We expect Obama will waive all penalties for 2014.  But this won’t help the anti-gun senators who, during the shutdown, were forced to reaffirm their support for every word of ObamaCare. 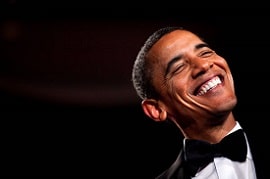 There will be open seats in West Virginia and South Dakota, in which anti-gun Democrats are expected to be replaced with more pro-gun Republicans.

In Montana, the anti-gun governor is going to try to play a “slime game” with the seat of ObamaCare architect Max Baucus, but we don’t expect it will ultimately succeed.

As the two recall elections in Colorado showed, Obama has awakened a sleeping giant — the Second Amendment community.  And states previously thought to be “blue” are hardly blue anymore.

This is priority number one for 2014.  Pro-gunners MUST take the Senate away from Harry Reid before the Supreme Court comes up for grabs.  And we must do that before a Pelosi-controlled House can rubber-stamp Obama gun ban proposals that could outlaw over 50% of existing handguns and long guns.

We told them so.  GOA predicted every catastrophe which is currently facing ObamaCare, starting out with the flawed grandfather clause that would cause millions to lose the coverage “they currently have.”

We alone predicted the anti-gun consequences, which are now coming to pass, as Obama uses “executive actions” to get doctors to question their patients about the guns they own — and enter that information into a federal database.  One of our members even told us that a doctor refused to accept patients who did not want to give him all the information about the guns they own.

Will House Speaker John Boehner use the tools at his disposal, including the debt limit, to force Democrats to either “own” or repudiate ObamaCare?

We will have to wait and see.

Many so-called pro-gunners thought that, by reauthorizing the poorly drafted 1986 plastic gun ban for ten additional years, they would protect themselves from Schumer’s efforts to massively expand the scope of the statute to ban a lot more guns.  Under Schumer’s proposed changes, for example, it would be even easier to ban guns with wooden stocks and removable metal plates.

But within minutes of giving the anti-gun statute a ten-year lease on life, Republican Senator Chuck Grassley seemed to endorse the quick consideration and passage of the Schumer changes.

The good news is that, by fighting even a reauthorization, we forced some tepid supporters of the Second Amendment to take a harder stance against broadening the statute than they were otherwise inclined to do.  But this may be a fight that we will have to wage early in the year.

Liberals continue to use phony polls to argue for amnesty changes that would potentially add a net 8,000,000 anti-gun voters to the rolls.  If this were to happen, all of America would turn blue like California.

Speaker Boehner is reportedly thinking of moving amnesty after the primary filings have closed — and, supposedly, conservatives can’t do anything about it.  This is almost certainly a seminal battle which we will have to fight.

Here are just three of the many issues we will face:

* Ryan-Murray failed to lay the groundwork for defunding the implementation (piece-by-piece) of the UN Arms Trade Treaty (ATT) by “executive action.”  We need to make sure that this bipartisan provision is reinserted.

* For many years, a “boilerplate” Schumer amendment has blocked any federal felon from regaining his or her guns rights — ever — even with an ATF sign-off.  Schumer needs to be challenged for once.

* ATF attempts to ban shot-gun imports and require reporting of multiple sales of guns have, in the past, been blocked by appropriations riders.  We need to reenact and expand the prohibitions on ATF abuses.

The good news is that God — and our wonderful members — have granted us the strength to score a series of unpredicted victories against unimaginable odds in 2014.  Barack Obama and the anti-gun Democrats up for reelection are not going to take you for granted in the next ten months.

But it is important that we use that grace period to protect and expand Second amendment rights while the other side is on the run.  With God’s grace, and your help, we will do just that.

Have a happy — gun-filled — New Year!