Why is the New York Times so Upset with GOA?

Gun Owners’ Activism on the Rise!

{flike}
“Gun Hero of the Day:  Larry Pratt [for] telling it like it is with dignity, clarity and class.” — The Truth About Guns website, praising GOA Executive Director Larry Pratt’s performance on Fox News’ Chris Wallace this past Sunday
Your activism has made a huge difference this year.
Obama’s gun control package is dead … for now.  And, in large part, it’s because of your collective — very loud — voice, which has resonated inside Washington.
On the same day that Executive Director Larry Pratt appeared on Fox News’ Chris Wallace show this past Sunday, the New York Times Magazine ran an article highlighting some of GOA’s accomplishments this year.
Of special note, the magazine reports how one week after you received an important email alert from GOA in April, the key players on Capitol Hill who were trying to pull off a compromise “suddenly and without notice backed away from the background-checks bill.” 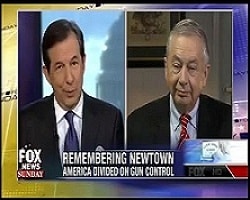 This is not a new revelation for the news agency that supports greater firearm restrictions. On April 3 of this year, the New York Times said that “Gun Owners of America, with its war chest, membership and lobbying strength dwarfed by the National Rifle Association, is emerging as an influential force….
“The group [GOA] has already been successful,” the Times says, “[in] freezing senators, particularly Republicans, who have appeared to be on the fence about supporting bills to expand background checks.”
You can read Sunday’s article about GOA here and the April article here.
As you can see from these media reports, your loud voice convinced Republicans (and key pro-gun lobbyists inside the Beltway) to back off of gun control compromises — and that has safeguarded our gun rights through a very intense battle.
To be sure, we wouldn’t be able to exercise the “club” we have without your help.  And that’s why we are so grateful to every one of you for taking action on our alerts throughout the year.
It has truly made a difference.
Now, most of the lobbyists and staff of Gun Owners of America will be taking a much needed break over the next couple of weeks while Congress is out of session.
However, we will probably still continue posting articles during the Christmas break on the GOA Facebook page and populating the GOA InstaGram page with pictures.
Speaking of Christmas, if you need a last minute gift, don’t forget that you can give a gift membership to a friend or family member here.
You can print out a certificate which allows you to present that to the recipient.
You might also want to check out other gift ideas for pro-gun books and merchandise as well.
But we hope that for those of you who will be celebrating Christmas this month, that you follow President Ronald Reagan’s declaration in 1981:
“On Christmas, we celebrate the birth of Christ with prayer, feasting, and great merriment.”
See you next year!

The New Year: Prospects for the Second Amendment