Obama Plugs for Gun Control in Wake of Nevada Shooting

Liberals capitalize on yet another tragedy.

{flike}
— Stockman bills would repeal “gun free zones”
President Barack Hussein Obama is picking a fight with gun owners once again. As reported by The Blaze on Tuesday:
One day after a deadly middle school shooting in Nevada, President Barack Obama “remains committed” to pushing for stricter gun control laws and will “keep at it,” White House press secretary Jay Carney said Tuesday.
This was the second conspicuous shooting in two months — although the shooting this week did not garner nearly the amount of press that the Navy Yard shooting did in September.
Regardless, the Nevada incident was truly tragic — especially given the fact that Congress has done nothing to let teachers come to the defense of students.  The Blaze reports: 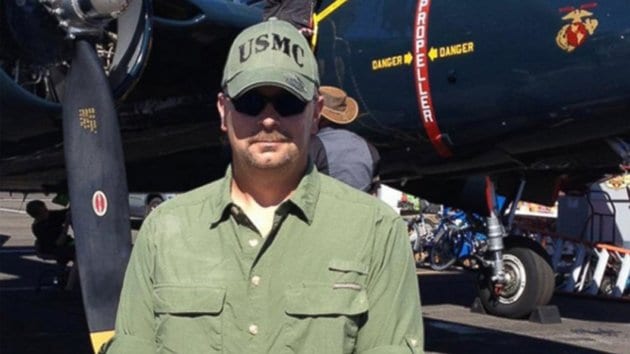 Police say a 12-year-old boy at Sparks Middle School near Reno, Nev., shot and injured two classmates and killed math teacher Mike Landsberry, a former Marine who served in Afghanistan and who had been trying to talk the shooter out of harming others. The 12-year-old boy also killed himself.

Okay, what’s wrong with this picture?  Can you spot all the ridiculous scenarios that are presented in just that one sentence alone?  This story raises several serious questions:
* Why is a former Marine like teacher Mike Landsberry (pictured to the right) “trying to talk” the shooter out harming others?  Why can’t he have a gun?
* Why shouldn’t a Marine, who has been trained in weaponry, be able to protect himself and his students?  Why can’t he have a gun?
* Moreover, why does Congress continue to ignore the 80% of police officers who favor “arming teachers and/or school administrators” who volunteer to carry at their schools? Why wasn’t Landsberry allowed to be armed?
* Finally, why isn’t Nevada following the example of its neighbors — in Utah and Idaho — which are arming teachers at schools.
While several schools in Idaho are now in the process of implementing this policy, Utah has been doing this for several years.
Thankfully, Rep. Steve Stockman (R-TX) has an answer to this insanity — the kind of craziness that keeps our teachers unprotected at schools, or for that matter, that keeps our servicemen unprotected when they are at work.
That’s why Rep. Stockman has introduced:
* HR 35, which would repeal the gun ban that keeps teachers and school administrators defenseless.  The bill would thus protect heroes like Assistant Principal Joel Myrick who have actually used a gun to stop a school shooter.
* And HR 3199, which would repeal the ban that keeps servicemen defenseless on military bases.
With ObamaCare “glitches” giving the President headaches, don’t be surprised if he tries to shift the debate at some point after the next shooting.
It’s time to start pushing back — proactively!
ACTION: Click here to urge your Representatives to cosponsor HR 35 and HR 3199.  Let them know you don’t want to ban guns; you want to ban gun free zones!

‘Large amounts of weapons’ may make you a gov’t target, Feds say (VIDEO)