Today, I have been communicating with Senators, in opposition to the gun control amendments they will be voting on later this afternoon. 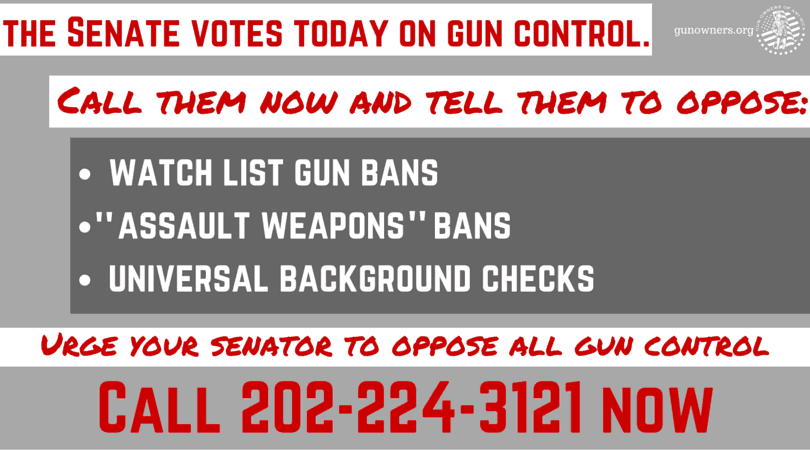 I have been reminding Senators that our “first responders” believe that armed civilians, not gun control, will make Americans safer.

You can see a copy of the letter I’ve sent them here.

I have also been encouraging Senators to oppose ALL gun control proposals that are offered to the Commerce-Justice-State spending bill (H.R. 2578) today.

Of course, besides the reasons given above, all these proposals are unconstitutional as they constitute “infringements” of our rights protected by the Second Amendment.

Again, there’s not much time.  Emails are ineffective when dealing with votes that are just a few hours away.

ICYMI: Sen. Cruz Op-Ed in Conservative Review: ‘Bowing at the Altar of Political Correctness Won’t Defeat Terrorism. Here’s What Will.’