Click on the Take Action button to urge your state legislator, to support Constitutional Carry!

Have you been noticing all the states that are now adopting Constitutional Carry laws?

Now, Michigan may soon join the ranks of states whose citizens don’t have to beg the government to exercise their God-given rights!

But your help is needed! 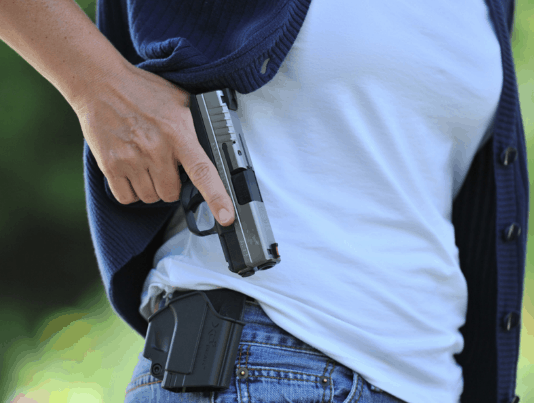 This bill would eliminate the requirement for Michigan residents to possess Concealed Pistol Licenses to carry concealed.

Your state senators are facing intense persecution while fighting for your rights.

That’s where you come in!

Please encourage your senator to support this bill!

You can find a pre-written letter HERE.

I think that Rep. Hoitenga got it right in saying, “The number of people carrying for self-defense contributes to fewer violent crimes in our state.”

I know that you agree with that.

So please take action and urge your senator to support HB 4418, thus making Michigan the next Constitutional Carry state.

P.S. Paired with the current reciprocity bill in Congress, if enacted, residents from permitless carry states will be able to “Constitutionally-Carry” across the United States. So please take action now!