Click on the Take Action button (Link no longer active) to remind your Representative that a vote for Fix NICS (as part of the omnibus) is a vote to kill concealed carry reciprocity. The pre-written emails contain separate messages for Republicans and Democrats.

What the heck are Republicans thinking?

The government-funding Omnibus Appropriations Bill, which is currently being negotiated in the House, has all the marks of a “Democrat’s Dream.” 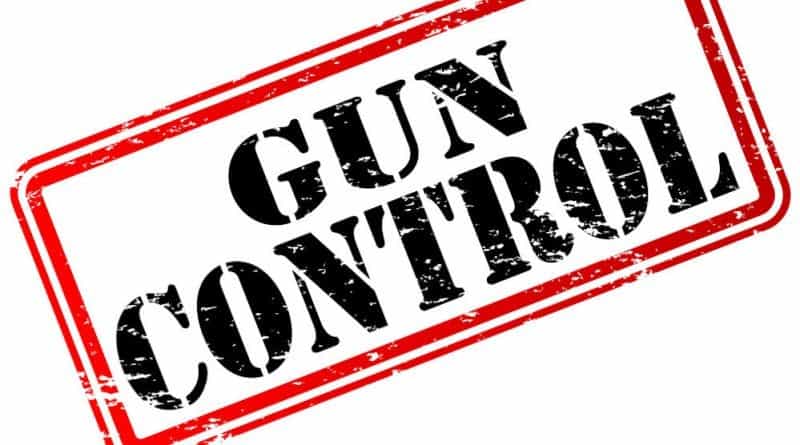 And cowardly Republicans are surrendering on many levels — including on gun rights.

The biggest threat to gun owners in the omnibus is the potential that the anti-gun Fix NICS may be added into the bill before it comes to the floor.

If Fix NICS (or Take the Guns First) language is added, it will kill concealed carry reciprocity for the rest of the year.

But this is not the only problem with the omnibus.

Said a column in The Washington Times on Monday: “Congressional Republicans who repeatedly pledged to repeal and replace Obamacare instead are racing today to rescue the law with truckloads of federal cash.”

GOA has published many alerts in the past on the danger that ObamaCare poses to our gun rights. But for some reason, the House GOP is trying to rescue that failing law.

Regardless, our message to House Republicans is this: If the omnibus spending bill is turning into such a Democratic bill — pursuing a Democratic anti-gun agenda — then let the Democrats provide the votes to pass it.

Lots of 2A Issues could be Added to the Omnibus

Here are just some of the anti-gun problems that could end up in the bill.

There are recurring reports that House leaders would like to add the “Take the Guns First” (aka, the Fix NICS) language into the underlying bill, even before it comes to the House floor.

This anti-gun language would create a federal mandate and a $625,000,000 “bribe pot” to ban guns for millions of additional veterans, older seniors, traffic ticket scofflaws, medical marijuana users, and more.

It’s no coincidence that the chief cosponsors of Fix NICS on the Democrat side are Chuck Schumer (NY), Dianne Feinstein (CA), Chris Murphy (CT), Richard Blumenthal (CT) and, as of Monday, Elizabeth Warren (MA).

Sadly, Senator John Cornyn of Texas is the chief sponsors of this bill for the Republicans.

As for the omnibus government spending bill, we expect it to continue the Schumer amendment, which would bar funds for the program — established by the Firearm Owners’ Protection Act program — to restore firearms rights.

And, it’s possible that the omnibus could be amended to repeal the “Dickey Amendment,” thereby allowing the federal government to engage in taxpayer-financed “studies” supporting gun control.

The anti-gun ObamaCare program is, predictably, resulting in soaring premiums and massive deductibles.

It’s also creating a massive database of gun owners which will be trolled if Fix NICS passes. This means that your medical information could be used to disarm you in similar fashion to the 257,000 military veterans who have lost their gun rights because of issues like PTSD.

The Omnibus solution: A multi-billion insurance company bailout to keep ObamaCare from crashing down. According to a recent article in The Washington Times, insurance giants have promised to cut premiums — to bribe Republican voters just before the November elections — if the GOP leadership will bail them out.

The ObamaCare nightmare was an unconstitutional (and anti-gun) burden on the people of this nation. It should be allowed to collapse under its own weight.

The Republican leadership would reportedly provide guarantees to millions of anti-gun illegals currently in this country.

Pew Research has shown that illegal aliens vote at a rate of 8:1 for Democrat candidates who are invariably anti-gun.

When these “deep blue” Democrat anti-gunners become voters, the whole U.S. will become the anti-gun nightmare that California became after the 1986 amnesty bill.

Negotiators would like to provide states with an assurance that they can tax internet sales, including sales of firearms.

There are many additional problems from a constitutional perspective, but what I’ve listed above cover the 2A-related concerns.

Our response here at Gun Owners of America is to “kill the bill” if it contains gun control.

So please encourage your congressman with this message: If legislators want to load up a spending bill with all kinds of anti-gun “goodies,” then let it fail … yes, even let the government shut down, rather than enact more gun control.

And if there’s one issue that we should keep bringing up to each congressman, it’s this: Do not accept any Fix NICS (or Take the Guns First) language in the omnibus.

To take up Fix NICS now would mean that concealed carry reciprocity will get left behind.

Social media under the microscope for role in gun violence