— Urge your congressmen to cosponsor the Stutzman bill

ACTION: Contact your Representative and Senators and urge them to cosponsor the “constitutional carry” friendly reciprocity bills (H.R. 923 and S. 498).

If you have a concealed carry permit — or if you come from a freedom-loving “constitutional carry” state that  doesn’t require one! — you should be able to carry anywhere in the country without fear of losing your constitutional rights because of where you are. 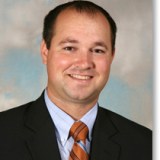 There are six constitutional carry states — and about a dozen states that are considering such laws this year. The Stutzman bill is quite different from competing bills which would require states like Vermont to change their pro-gun laws so that their citizens could enjoy reciprocity.

By contrast, Stutzman’s H.R. 923 imposes NO RESTRICTIONS upon pro-gun states that recognize the right of citizens to carry without a permit.

To be clear, his bill would NOT force citizens living in constitutional carry states to get a permit to travel out-of-state — something that competing reciprocity bills would do.

A few GOA members have written us, arguing that reciprocity legislation is unnecessary because the Second Amendment recognizes the God-given right to carry wherever we want.

We agree that Americans have that God-given right.

But sometimes a “right” — even a God-given right — needs a mechanism to enforce it against a lawless tyrannical government and a politicized judiciary. When Shaneen Allen was arrested in New Jersey for carrying a firearm with a Pennsylvania concealed carry license, the Garden State was flagrantly denying Shaneen’s God-given rights and acting unconstitutionally.

Shaneen faced over a decade in prison — and was only exonerated when gun owners pressured Governor Chris Christie, whose presidential ambitions made him unusually receptive to our message. So consider this: When you carry concealed in New York, New Jersey, California, or another state, the fact that you are “right” isn’t going to keep you from going to prison for decades — unless the Stutzman bill is passed into law and force these lawless states to comply.

On the other side of Capitol Hill, Senator John Cornyn (R-TX) has introduced S. 498, a companion bill to Stutzman’s.

ACTION: Contact your Representative and Senators and urge them to cosponsor the “constitutional carry” friendly reciprocity bills (H.R. 923 and S. 498).