Want to tell Washington what YOU really think about Universal Background Checks? Well, here’s your chance!

If any item on the Obama gun agenda passes, it would be a universal background check requirement.  Under this provision, every gun transaction — dealer or private — would be subject to a Brady Check.

GOA has argued that the universal background check is tantamount to a universal gun registry because:
(1) The FBI will keep the Brady Check records, and
(2) The ATF will copy the 4473’s, as it’s currently doing. 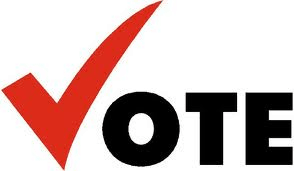 Moreover, gun owners hate registration systems because they frequently serve as a prelude to gun confiscation — as GOA has documented time and time again.

In addition, with WalMart and other sellers refusing to complete any gun sale until FBI affirmatively gives a green-light go-ahead, GOA fears system breakdowns and an increasing number of transactions which will be permanently blocked this way once the universal background check is adopted.

On the other side of the argument, Barack Obama argues that the universal background check will not result in a gun registry.  Obama claims that a vast majority of gun owners support this and that sales will be completed quickly and easily — and that checking all gun purchases will increase public safety.

Which side are you on?

Click here and go to the front page of GOA’s website to vote “yes” if you support Obama’s universal background check or “no” if you oppose it.

GOA will provide the results of this poll to the U.S. Congress.

The Truth About Dorner: Leftism Is Violence