The Danger of Background Checks Now Rearing Its Ugly Head

ACTION: It is urgent that you urge your congressmen NOT to give the President the extra money he is seeking for additional ATF agents.  Republican congressmen especially need to hear from you!

Gun Owners of America has long argued that honest citizens should NEVER have to prove their innocence to the government in order to exercise a God-given, constitutionally-protected right.

We don’t require journalists to undergo background checks before publishing their stories. 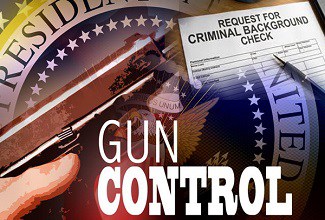 We don’t force pastors to get their sermons screened.

We don’t do these things because they’re unconstitutional, and because giving government officials the power to decide who is “allowed” to enjoy their liberties will inevitably result in abuses.

That’s the problem with the NICS background check system, which is nothing more than an “infringement” on the 2nd Amendment rights of law-abiding Americans.

And this infringement is resulting in tremendous abuses:

* Nearly 200,000 military veterans have lost their gun rights because they were deemed as “mental defectives,” having suffered from ailments such as PTSD.

* And the Obama administration is now working to disarm those receiving Social Security benefits if they have someone handling their financial affairs.

But military veterans and seniors are just the tip of the iceberg.  Consider what the President now has in store for the rest of us:

1) Barack Obama’s illegal “executive actions” would vastly extend the NICS requirement to gun collectors and hobbyists — threatening them with five years in jail and fines of $250,000.

This turns more than 200-years of freedom on its head. Private individuals will no longer be able to freely buy and sell firearms, but they’ll constantly wonder if their next private sale might result in draconian penalties.

Of course, the only reason that Barack Obama could even expand background checks is because the NICS infrastructure already existed — the Instant Check law having been drafted as a “compromise” by another pro-gun organization in the early 1990s.

2) As a result of Obama’s latest war against gun owners, any person who is illegitimately stopped from buying a gun because of the NICS check is NOT being allowed to appeal his or her denial.

One out of twelve NICS applicants is denied his or her gun purchase through a “red” or “yellow” response.  But now the appeal process to challenge a mistaken denial has become impossible.

Why?  Because according to USA Today (1/20/16), the FBI has decided to ignore federal law and halt all appeals of erroneous gun denials.

Never mind that subsection (f) of the Statutes-at-Large portion of the Brady Law requires the FBI to explain the reason for a denial within 5 days, and subsection (g) requires an “immediate” correction of erroneous records.  That is now being thrown out the window.

USA Today reports that since October, the FBI has transferred all 70 appeals examiners to other duties — illegally.  Presumably, the FBI’s intention is to refuse to comply with the law unless Congress gives them more money.

But, of course, if “mortals” refused to comply with the Brady Law, they would go to prison.

Bottom line:  The Obama administration says they don’t have enough resources to implement the Brady Law — instead, choosing to deny honest gun owners their right to keep and bear arms.

So GOA has a better idea.  If they can’t protect the rights of gun owners under the Brady Law, then they shouldn’t be allowed to illegally expand the law to deny the rights of even more gun owners.

So please contact your Representative and Senators and urge them to NOT give the President the extra money he is seeking for additional ATF agents.

You can do this with just a couple clicks of your mouse.

And while you’re contacting them, urge them NOT to reward Obama with the “legacy” sentencing legislation (H.R. 3713 and S. 2123) that we alerted you to in previous alerts.