Click on the Take Action button to thank Attorney General Adam Laxalt for doing his job honorably, impartially, and in accordance with the law.

Bloomberg Pushes Nevada Officials to Ignore the Law and the Constitution

A battle is raging in Nevada, and the outcome will say a lot about the health of the Second Amendment in the state.

As you know, Nevada narrowly approved “Question 1” on Election Day — which would outlaw private gun sales in the state — at least without getting an Instant Check through a dealer.

“Question 1” was drafted in the backrooms of Washington and New York, and foisted on Nevada by free-spending New York billionaire Michael Bloomberg, supported by Harry Reid’s corrupt election machine.

Aside from its obvious unconstitutionality, “Question 1,” which was a carbon copy of Bloomberg efforts in other states, was replete with laughable drafting errors.

For instance, even on a large piece of private property, you would go to jail for target shooting in your back yard unless your land was licensed as a “shooting range” by the state.

You could also go to prison for showing your gun to a friend and then leaving the room.

But the biggest drafting error of all was Bloomberg’s assumption that he could force the FBI to spend money to conduct the private checks, without federal money to pay for it.

When the Nevada Department of Public Safety queried the FBI, the FBI replied, correctly, that the Nevada initiative could not force the FBI to set up a program to conduct Nevada private transaction Instant Checks, absent federal legislation authorizing and funding such an effort.

Oddly, the Bloomberg people seemed to have no problem with this — assuming they had done even more than they had intended — outlawing virtually all Nevada private gun transactions under virtually all circumstances, with or without an Instant Check.

But then the “second shoe” fell: Nevada Attorney General Adam Laxalt(R) issued an opinion stating that if the FBI won’t conduct the Instant Checks requisite to any private gun sale in Nevada, then one can’t require those Instant Checks for those private sales. 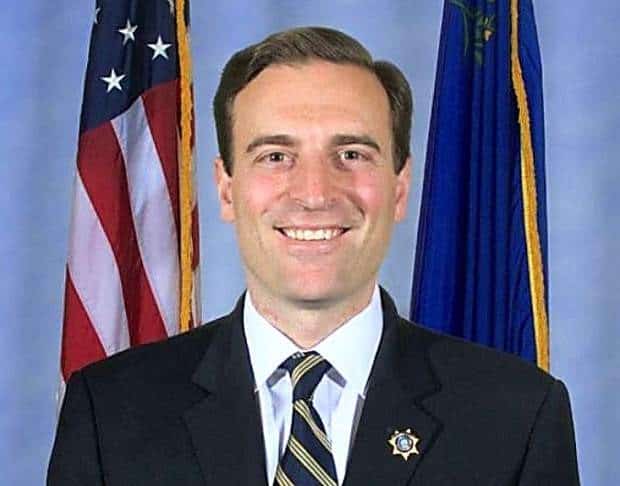 This effectively nullified “Question 1.” And that means that Billionaire Michael Bloomberg wasted $20 million trying to pass gun control in Nevada.

Suffice it to say that the Bloomberg people are going crazy (although this wouldn’t really be a change from the status quo).

They are now demanding that Nevada coerce and cajole the FBI into doing the illegal Instant Checks — and bashing Attorney General Laxalt for refusing to outlaw all Nevada private gun transactions — merely because Bloomberg’s “Question 1” draftsmen didn’t know how to draft legislation.

But while Laxalt was just doing his job — impartially and honorably, as an officer of the court — we do recognize that anti-gun politicized Attorney Generals in places like New York, Massachusetts, New Hampshire, and Virginia would have politicized their offices and done differently.

So we should be sure to thank Attorney General Adam Laxalt for doing his job honorably, impartially, and in accordance with the law.

P.S.Contact Nevada Attorney General Adam Laxalt. Thank him for doing his job honorably, impartially, and in accordance with the law.