Gun Owners of America is working with several members of Congress to repeal a gun ban on land controlled by the U.S. Army Corps of Engineers. 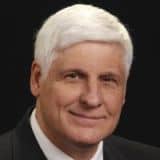 You may recall that in July, Rep. Paul Gosar (R-AZ) offered similar language as an amendment to an appropriations bill.  Gosar’s amendment passed the House on a voice vote, but its fate is uncertain as it heads to the Senate.

The Gibbs bill, as well as the Gosar amendment, is modeled after a similar measure that became law in 2009 affecting National Park Service land.  Army Corps of Engineers land was not part of that bill, something the Corps was quick to point out after that law took affect.

The Corps said, in a statement: “Public Law 111-024 does not apply to Corps projects of facilities . . . [and the Army Corps] will continue to prohibit loaded concealed weapons on Corps properties regardless of the new law and notwithstanding any contrary provisions of state law.”

“The Recreational Lands Self-Defense Act is a bipartisan effort to restore Second Amendment rights to law-abiding citizens while they are legally camping, hunting, and fishing on the 11.7 million acres of Army Corps recreational property,” Gibbs said. “Families and sportsmen taking advantage of this federal land should not have to worry that their legally obtained concealed weapon permit is invalid.”

Gun Owners of America applauds the efforts of Reps. Gibbs and Gosar, and will continue to push for repeal of the gun ban affecting over 400 lake and river projects, 90,000 campsites and 4,000 miles of trails controlled by the Army Corps of Engineers.

ACTION: Please contact your Representative and urge him or her to cosponsor H.R. 1865, the Recreational Lands Self-Defense Act.

[readon2 url=”http://capwiz.com/gunowners/issues/alert/?alertid=53210661″]Click here to send a prewritten message to your Representative.[/readon2]

Gunwalker and the Foundation of Liberty