Senate would shoot down UN Treaty 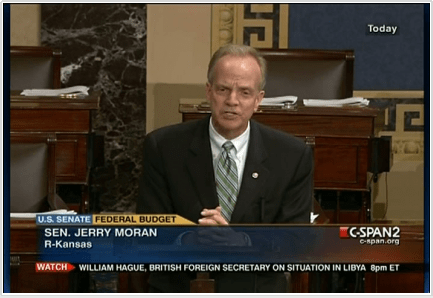 More than two centuries ago, our Founding Fathers wisely amended the U.S. Constitution to guarantee a Bill of Rights for its citizens. Rooted in freedom, our democracy has stood strong as Americans have enjoyed liberties unparalleled in the world – including the fundamental right to keep and bear arms. Today, our freedoms and our country’s sovereignty are in danger of being undermined by the United Nations.

In October 2009 at the U.N. General Assembly, the Obama administration voted for the United States to participate in negotiating an Arms Trade Treaty (ATT) – a reversal of the previous administration’s position. This treaty purportedly is intended to establish “common international standards for the import, export and transfer of conventional arms.” However, by threatening to include civilian firearms within its scope, the ATT would restrict the lawful private ownership of firearms in our country.

Last month, the ATT Preparatory Committee met in New York as part of a series of meetings prior to finalizing the treaty next year for adoption. Based on the process to date, I am gravely concerned this treaty will infringe upon the Second Amendment rights of American gun owners and will be used by other countries that do not share our freedoms to wrongly place the burden of controlling international crime and terrorism on law-abiding American citizens.

Proposals being considered by the committee would adversely impact U.S. gun owners. There have been regular calls for bans on the civilian ownership of guns Americans use to hunt, target-shoot and defend themselves. By requiring firearms to be accounted for throughout their life span, the ATT could lead to mandatory nationwide gun registration. Still other proposals could require the marking and tracking of all ammunition.

Forty-four U.S. senators recently joined me in sending a powerful message to the Obama administration: A U.N. Arms Trade Treaty that does not protect ownership of civilian firearms will fail in the Senate. On July 22, we notified President Obama and Secretary of State Hillary Rodham Clinton of our intent to oppose ratification of a treaty that in any way restricts Second Amendment rights. In fact, our opposition is strong enough to block the treaty from passage, as treaties submitted to the U.S. Senate require two-thirds approval to be ratified. In notifying the Obama administration, we outlined several concerns.

First, civilian firearms and ammunition should not be included in the scope of the ATT. Preparatory meetings have made it clear that many U.N. member states aim to craft an extremely broad treaty. For example, Mexico and several countries in Central and South America have called for the treaty to cover “all types of conventional weapons (regardless of their purpose), including small arms and light weapons, ammunition, components, parts, technology and related materials.” Such a treaty would be incredibly difficult to enforce and would pose dangers to all U.S. businesses and individuals involved in any aspect of the firearms industry, from manufacturers to dealers to consumers.

Second, any regulation of the domestic manufacturing, possession or purchase of firearms and ammunition is completely unacceptable. U.N. member states regularly argue that no treaty controlling the transfer of arms internationally can be effective without controls on transfers inside a country’s own borders. At stake is our country’s autonomy and the rights of American citizens protected under the Constitution.

Finally, America leads the world in export standards to ensure arms are transferred for legitimate purposes, and its citizens should not be punished by the ATT. There is no disagreement that sales and transfers to criminals and terrorists are unacceptable, but law-abiding Americans should not be held responsible for international crime and acts of terrorism. Instead, the responsibility should be on U.N. member states that have not enforced existing laws and have failed to block illegal trafficking of arms.

Our country’s sovereignty and Second Amendment rights must not be infringed upon by an international organization made up of many countries with little respect for gun rights. As the treaty process continues, I will continue to work with my colleagues in the U.S. Senate to ensure that any Arms Trade Treaty that undermines the constitutional rights of American gun owners is dead on arrival because our firearm freedoms are not negotiable.

Sen. Jerry Moran is a Republican from Kansas