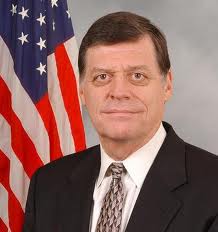 This legislation will grant special standing to certain state officials to challenge federal rulemaking as a violation of the Tenth Amendment, and provides for an expedited appeals process.  Furthermore, after a rule is challenged, the bill requires the agency in question to prominently publish on its website “a full and complete written statement of the legal reasoning supporting” the proposed rule.

This legislation is timely, and provides an important protection of Second Amendment rights.  The Obama administration has taken—or is threatening to take—a variety of actions which fall outside of its powers under the Tenth Amendment and which are prohibited under the Second.

For instance, the BATFE has proposed a rule requiring licensed firearms dealers in the four states that border Mexico to report to the agency multiple sales of rifles to an individual (despite being statutorily prohibited from doing so).  Should such a rule take effect, the Cole bill will provide those states with additional protections against federal intrusion.

Other examples of bureaucratic overreach include attempts by the EPA to ban lead ammunition, and rules against gun possession and hunting that are promulgated by agencies such as the National Park and Fish and Wildlife Services.

Rep. Cole plans to introduce his bill later this month.

Reid’s Attack on the Senate rules