GOA Praises Idaho for Becoming the Next State to Nullify Obama Gun Control — Thanks its members for all their hard work!

Gun Owners of America today thanked its members for their activism and congratulated the legislators of Idaho for helping their state become the latest to nullify President Obama’s gun control agenda. 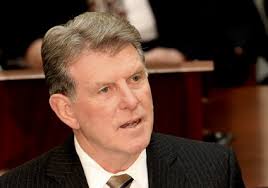 GOA’s Director of Communications Erich Pratt said that, “By signing this nullification bill into law, Idaho has joined an elite class of states that are telling the feds to ‘get lost’ — especially when it comes to unconstitutional gun control infringements.”

The new law will bar Idaho officials from enforcing federal gun control laws, and the law will penalize the officers who gave such orders.

“Almost a dozen states have introduced similar bills this year,” Pratt said.  “And Alaska and Kansas enacted their own nullification bills last year.”

Pratt explained why such laws are needed.  “Right now, we have a President who acts like a dictator, as he frequently disregards the Constitution to deprive honest citizens of their gun rights.”

Among the many assaults on the rights of law-abiding gun owners, Pratt noted that the President:

* Pushed efforts in the Senate last year to ban certain guns and magazines and to register all gun sales;

* Signed a UN gun treaty in September that, if ratified by the U.S. Senate, would ban whole categories of firearms — including semi-automatics and handguns — and would require universal gun registration and licensing; and,

* Issued Health and Human Services regulations that will enable government to use medical information to disarm gun owners.

Not only is this bill consistent with the U.S. Constitution, it tracks with efforts currently taking place around the country and is definitely in line with nullification efforts in America’s history.

“Many Northern states passed Personal Liberty Laws in the 1850’s which made it illegal for citizens to help return escaped slaves to their owners — and this effectively nullified the despised Fugitive Slave Act,” Pratt said.

“Freedom is sweeping the country, and we applaud those states that are stepping up to protect their citizens from an out-of-control federal government,” Pratt concluded.