On February 7, GOA reported to its members in a national alert that:

In a surprise ambush, Democrats on the Senate Governmental Affairs Committee unanimously voted to defeat a Rand Paul amendment to allow guns in post offices.

But Senator Paul was relentless in trying to get his language adopted.  And as a result, a minor (anemic) improvement was later added as a sop to his persistence.

Now, we want to give you the “rest of the story” because it involves your Senator Mark Begich.  But in doing so, realize that we are about to take you on what may, at times, seem like a circuitous journey through the most vile and contemptible inner workings of Washington, D.C. 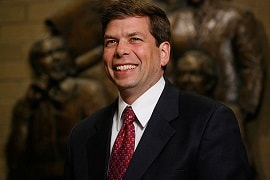 We start with the February 6 defeat of the Rand Paul amendment to lift the Postal Service’s ban on guns.  Had we succeeded in passing the Paul amendment, we could have brought to an end the series of massacres that have occurred in postal “gun free zones.”  Instead, our pro-gun amendment was defeated in the Senate Governmental Affairs Committee by a party-line vote of 9-6.

Nine days earlier, the Paul amendment seemed on the verge of victory.  But Senator Mark Begich (D-AK) and Ranking Republican Tom Coburn (R-OK) raised “red herring” issues, openly wondering what would be the effect of Paul’s pro-gun language on post offices which were located in shopping malls or court houses.

Well, it turned out something else was happening.  In the nine days that Paul was negotiating in good faith, Begich was using the time to organize an ambush.

Then, when Paul tried to get a separate up-and-down vote on his amendment, Chairman Carper declared it procedurally out of order.

The persistent Paul merely offered his amendment (to end the postal gun ban) to the next amendment the committee considered. This time, the two-timing Begich suddenly pulled out a new “alternative” to Paul’s amendment.  The Begich amendment would allow guns in post office parking lots, but only by some concealed carry holders.  It wouldn’t have applied to most gun owners who were allowed to carry in Begich’s home state of Alaska.

The Bloomberg-backed Moms Demand Action praised Senator Begich and other Democrats on the committee right after the Paul amendment was defeated, and they declared a victory for their side:

“We are pleased the Senate Committee on Homeland Security and Governmental Affairs rejected [the Paul amendment] today that would have allowed concealed, loaded guns to be carried in post offices.”

Bottom line:  Mark Begich voted to help kill the pro-gun Paul amendment in committee, and then the Bloomberg minions celebrated Begich’s vote as a victory for their side.

Now that Begich is doing the bidding of New York interests, will Bloomberg money start filling Begich’s campaign coffers to help him in his tough upcoming race for reelection?  We’ll have to wait and see.

ACTION: Please tell Mark Begich that you don’t appreciate him stabbing gun owners in the back.  You can cut-n-paste the text below into his webform here. (Link no longer active) Make sure to select the topic “Second Amendment Issues.”

On February 6, in the Senate Governmental Affairs Committee, you voted to defeat a Rand Paul amendment to allow guns in post offices.

The Bloomberg-backed Moms Demand Action issued a press release right after this amendment was defeated and praised the position you took.

The Bloomberg minions said they were “pleased” that Senators like you had voted to reject the Paul language which “would have allowed concealed, loaded guns to be carried in post offices.”

Law-enforcement certainly doesn’t support your position.  According to a PoliceOne.com survey, 90 percent of officers support concealed carry and 80 percent of them believe that legally-armed citizens would have “reduced the number of casualties in recent mass shootings.”

I don’t appreciate your efforts to compromise away our gun rights.

I will remember in November.