As 2022 comes to a close, the Biden Administration has renewed its calls for gun control, including a ban on commonly-owned firearms, millions of which are currently in circulation. 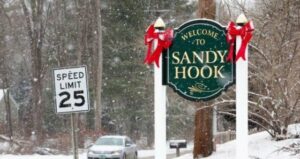 This isn’t the first time that we at Gun Owners of America have heard calls for shredding the Second Amendment. In fact, we’ve survived worse and come out on top.

On the eve of the ten-year anniversary of the tragedy at Sandy Hook, it’s good for us to examine why these calls for so-called “assault weapon” bans continue even ten years later, and why they’re just as misguided and ineffective today as they were all those years ago.

The tragic shooting at Sandy Hook is a testimony to the failure of gun control. 94% of mass shootings occur in Gun Free Zones, as these killers are looking for easy targets and know that it’s unlikely anyone will be armed and able to stop them. This is proven repeatedly, most recently with the Buffalo, NY shooter. He wrote in his manifesto about his decision to carry out his attack in a state like New York which has very strict gun laws, thus making it harder for someone to stop him.

In the wake of the tragedy at Sandy Hook, there was a massive push for banning firearms that are commonly used for self-defense. But Gun Owners of America took action, and with the help of our members, we were able to stop the proposed gun control. This victory, of course, made the anti-gun lobby furious.

“Gun Owners of America showed with one email alert that it could help flood the phone lines on Capitol Hill days before the Senate vote,” said National Public Radio after the gun control bill was defeated.

While anti-gun politicians were frustrated by our members flooding the phone lines, GOA members simply knew the truth — gun control won’t stop these sorts of tragedies.

But if gun control can’t stop mass shootings, what can?

Often these cases of armed citizens stopping mass shootings are largely ignored by the mainstream media with their gun control agenda. The corporate media fails to report on the stories of Elisjsha Dicken, Jeanne Assam, Stephen Willeford, and countless others who’ve stopped mass shooters.

The corporate media specifically ignores the stories about armed citizens who stop mass shooters because they fail to promote their narrative that more laws will stop criminals who, by definition, do not follow laws.

Even the Supreme Court, with their recent decision in NYSRPA v. Bruen, agrees that Americans have a right to self-defense against those who would do them harm outside their homes.

The Biden administration and anti-gun governors nationwide will spend the rest of 2022, 2023, and beyond plotting how to get around the Bruen decision and pushing for so-called assault weapons bans through Congress or by unconstitutional executive fiat (or as Biden calls it, regulatory authority). But Gun Owners of America stands ready to fight these unconstitutional actions in Congress or, if necessary, in the courts.

GOA and Partners to Host “Arm the Teachers” Event in Oklahoma