For the second time in two months, Congressman Joe Walsh has sent a “call to action” in the direction of the Obama administration.

Rep. Walsh’s concern? The federal government’s growing Fast and Furious scandal, a government operation that allowed thousands of firearms to “walk” across the border into and end up in the hands of violent drug cartels.

In October, Walsh wrote to Attorney General Eric Holder, urging him to take full responsibility for his role in the Fast and Furious debacle. Since then, Holder has continued to stonewall congressional investigators. 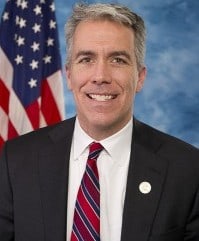 Rep. Walsh, who represents a suburban district, responded this week with a letter directly to President Obama calling again for Holder’s resignation. This time Walsh was joined in his effort by 39 additional House members.

Walsh called on the President to hold his top law-enforcement official accountable. “The Attorney General is supposed to uphold federal laws and not intentionally break them,” Walsh wrote.

“He should never attempt to cover-up an investigation intended to ensure a mistake of this scale never occurs again. It is time Attorney General Holder takes responsibility for Operation Fast and Furious and step down immediately.”

In a statement announcing the November 17 letter, Rep. Walsh said:

The American people deserve to know the truth regarding Attorney General Eric Holder’s knowledge and role in Operation Fast and Furious. Throughout this investigation, the Attorney General has back-pedaled on his testimony, tried to cover his tracks, and has been unwilling to cooperate with the Congressional investigation. This is simply unacceptable.

The Congressman hit the nail squarely on the head. From the outset, Holder has done his best to keep a lid on the scandal and has probably perjured himself during congressional testimony.

In fact, lead House investigator Rep. Darrell Issa was so concerned about the lack of cooperation from the Justice Department that in October he issued a 22-point subpoena to Holder and other officials.

Gun Owners of America applauds Congressman Walsh for rallying other House members to join him in keeping the pressure on the Obama administration until the truth comes out regarding Holder’s involvement in Fast and Furious.

Please take a moment to thank Rep. Walsh for his dogged determination in pursuing this scandal. He understands that Fast and Furious is really an attack on gun owners and the Second Amendment, as the Obama administration is attempting to use border violence as an excuse to implement more gun control in this country.

Even if you live outside of the Eighth District, you can send the Congressman an email at [email protected]

Here’s suggested text that you can cut and paste:

Thank you for your leadership in holding the Obama administration accountable over the Fast and Furious scandal.

Almost immediately after assuming office, the President and Attorney General Eric Holder began the call for more domestic gun control in response to the drug cartel violence along the U.S.-Mexico border. It now looks more and more like Fast and Furious was designed to bolster that gun control agenda.

I encourage you not to let up on this issue until the truth comes out and until any official wrongdoing is dealt with appropriately.