“First the Execution; Then the Trial”

Due process has apparently gone out of style in Harrisburg.

The House will vote on Monday on whether to pass House Bill 2060, which would strip you of your gun rights within 48 hours on the basis of merely being CHARGED with certain misdemeanors. 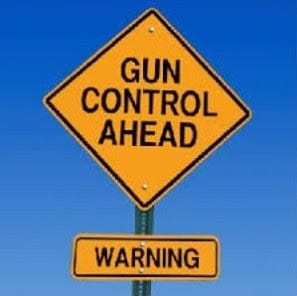 No trial. No due process. No nothing.

The bottom line is that police can unilaterally take away your constitutional rights by charging you — with no due process whatsoever.

Incidentally, if you don’t “cooperate,” they will ransack your house and, if necessary, arrest or even shoot you.

You can be sure that anti-gun Democrats will support HB 2060. But reportedly, there are several Republicans who are strongly considering voting for this anti-gun bill.

That’s why I need you to call your state representative!

So, you ask, have Republicans in Harrisburg sold out all their principles?

The answer is that billionaire Michael Bloomberg and his fascist acolytes — “Moms Demand Action” and “Everytown” — are using Daddy Warbuck’s vast wealth to intimidate, extort, and buy Pennsylvania.

And many Pa. Republicans apparently don’t have the courage to stand up for anything.

Thank you for your immediate action.

P.S. Our best chance of defeating HB 2060 is by overwhelming the legislature with phone calls.  So please call your state representative.