I have some very good news about the Right to Bear Arms Protection Act (SB 624) sponsored by Senator Doug Mastriano (R-33) and Senator Cris Dush (R-25). 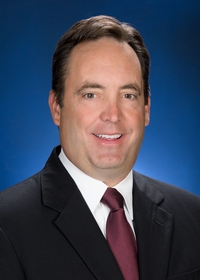 On Wednesday, May 12th, Senator Doug Mastriano held a press conference with GOA on the Harrisburg Capitol Steps. He was joined by Senators Dush, Argall, Bartollota, Hutchinson, and Scavello.

Also, GOA’s very own Senior Vice President, Erich Pratt, was present to speak to the media along with GOA’s Outreach Director, Antonia Okafor. I also gave some remarks as Pennsylvania Director of GOA. Please make sure to watch this historic event.

But there is even more good news…

Not only was SB 624 referred to the favorable Senate State Government Committee, but the committee chair, Senator Dave Argall (R-29), co-sponsored the bill and has promised to bring it up for a vote.

Additional committee members who have signed onto the bill include Senators Mastriano, Dush, Phillips-Hill, and Stefano. That means that 5 out of the 7 majority committee members have sponsored or co-sponsored SB 624. Only Senator Laughlin and Senator Corman (ex-officio) have yet to co-sponsor.

Not a single Democrat member of the State Government Committee has co-sponsored the bill.

When I met with Senator Argall and the committee staff, they stressed to me the importance of getting the Senate leadership on board to get this bill reported from the State Government Committee and scheduled for a vote on the Senate floor. The good news is that the Senate Majority Leader, Kim Ward (R-39), has already co-sponsored the bill.

But the critical person needed for SB 624’s success is Senator Jake Corman, the President Pro-Tempore of the Senate. Without his support, the Right to Bear Arms Protection Act might not ever see the light of day.

If you live in his district, I need you to contact Senator Jake Corman, to let him know that you expect his unwavering support for SB 624. And also take a moment to thank Senator Kim Ward for co-sponsoring the bill. if you live in her district. Just use the form above to send the message. The system will automatically select the correct senator for you but you have to live in one of the two senator’s districts.