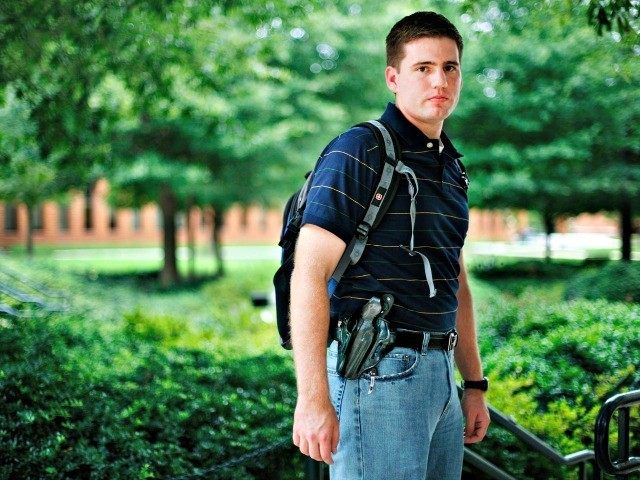 South Carolina lawmakers are pointing to the November 28 Ohio State University car and knife attack as reason for implementing campus carry for self-defense on public college and university campuses in the Palmetto State.

Under the proposed legislation, private schools would be allowed to opt out of campus carry if they chose.

According to Go Upstate, the legislation was “pre-filed” by state Representatives Bill Chumley (R-35), Steven Long (R-37), and Mike Burns (R-17). Long said, “When you think about what happened at the Ohio State University, thank God that officer was there at the time.”

Gun-Owning Leftists Are a Good Thing; Here’s Why