Why Congress is the Key to Protecting Gun Rights in 2016

Why Congress is the Key to Protecting Gun Rights in 2016 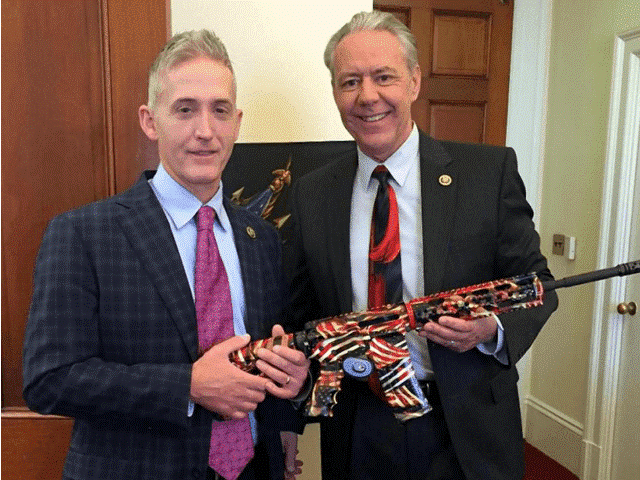 The presidential election has been talked to death. Headlines are cluttered with stories about one candidate’s scandals or another’s outrageous remarks. And while the presidential race is important, it is who controls Congress that will have the greatest immediate impact on the Second Amendment.

So far, the Senate has been successful in preventing an anti-gun Supreme Court nominee from being confirmed, but it cannot stall forever. The key to keeping a pro-gun Supreme Court, perhaps even more than a pro-gun president, is to have a fierce pro-gun Senate that will only ratify strict constitutional judges.

Additionally, a pro-gun majority can reclaim lost ground. Congress still plays an important role in the Second Amendment. In fact, every major gun control measure has come from Congress. Yes, presidents can use executive orders to impose gun control, but they can be undone by a pro-gun president.

Whether it’s an Assault Weapons Ban or a Brady Background Check, most gun control comes from the Congress. Electing a pro-gun majority in both chambers would give Congress the opportunity to restore gun rights repealing gun free schools or passing National Constitutional Carry Reciprocity.

So, which candidates will protect the Supreme Court and restore gun rights?

Gun Owners of America has released a comprehensive, nonpartisan Congressional Voter Guide. This guide includes a rating system outlining each candidates’ view on the Second Amendment.

It’s estimated that 30-40 percent of gun owners do not vote. Don’t let 2016 continue that trend. Vote on November 8, and vote for the Second Amendment.

Jordan Stein is the Public Relations Coordinator for Gun Owners of America. Follow him on Twitter: @jkstein47.

The Last Thing Rights Advocates Should Call For