Congressional Republicans are pushing a bill to block the feds from forcing gun buyers to disclose their race in applications, saying the government should be “color blind” when it comes to the Second Amendment.

The Bureau of Alcohol, Tobacco, Firearms and Explosives — ever since changing its background check policy in 2012 — has had gun buyers answer questions about race and ethnicity in what’s known as a 4473 application form. Gun dealers who do not disclose the information can be hit with fines and other penalties. 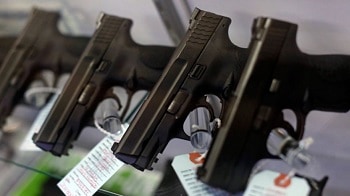 “This intrusive reporting requirement by ATF is nothing more than backdoor gun control,” Black told FoxNews.com in a written statement. “An individual’s race and ethnicity has nothing to do with their ability to safely own a firearm.”

The National Rifle Association and other gun rights groups say they are on board with Black’s push to change the law.

Others, like Michael Hammond, legislative counsel at Gun Owners of America, went a step further.

“Am I accusing the ATF of racism?” Michael Hammond, legislative counsel at Gun Owners of America, told The Hill. “You’re absolutely right I am.”