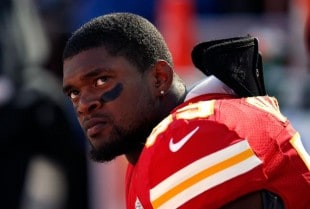 Kasandra Perkins was gunned down by her boyfriend, and father of their three-month old baby, Jovan Belcher. Belcher later shot himself in front of his Kansas City Chiefs coach and general manager.

Belcher was a 25-year old linebacker at the top of his game. Not surprisingly, the tragedy has served as a springboard for calls for more gun control.

During Sunday’s game, Costas referenced a piece by Fox Sports News columnist Jason Whitlock and opined that if Belcher had not possessed a gun, Perkins would still be alive.

Really? A football player needs a gun to murder a woman? Someone should ask the surviving family of Nicole Brown Simpson that question.

Perhaps Mr. Costas would have been disappointed if Ms. Perkins had had access to a gun and shot Belcher first? Would he then have thought there were too many guns? Actually, he might not have even heard about a self-defense shooting. Outside of the local press, self-defense shootings rarely make national news.

To be sure, there are so many self-defense shootings each year that the national news would be carrying several accounts a day. Guns are used over 4,000 times a day (using conservative research findings) in self-defense. In fact, using those conservative figures given us by the Clinton Justice Department, guns are used 50 times more often in self-defense than to illegitimately take life.

What exactly does Bob Costas mean by too many guns? How would the absence of a gun in Jovan Belcher’s hands have protected Kasandra Perkins?

Perhaps one obvious answer is that Bob Costas should stick to opining about subjects with which he is familiar. NBC News would do Mr. Costas a favor by telling him that his job depends on him sticking to sports and not political commentary. By the same token, I promise not to speak out as a sports commentator.