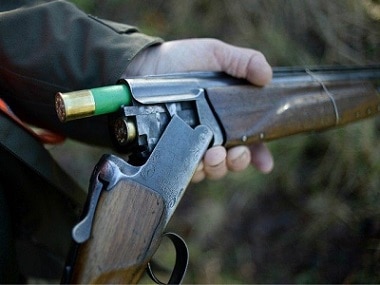 Austrians are arming themselves at record rates in an effort to defend their households against feared attacks from Muslim invaders.

Tens of thousands of Muslim “refugees” have poured into Austria from Hungary and Slovenia in recent months on their way to Germany and Sweden, two wealthy European countries that have laid out the welcome mat for migrants. More than a million will end up in Germany alone by the end of this year, according to estimates from the German government.

Obtaining a working firearm and ammunition in Germany, Britain, Denmark and the Netherlands is practically impossible for the average citizen. Germany, for instance, requires a psychological evaluation, the purchase of liability insurance and verifiable compliance with strict firearms storage and safety rules. And self-defense is not even a valid reason to purchase a gun in these countries.

The laws in Austria, while still strict, are a bit less overbearing.

A Czech TV report confirms that long guns – shotguns and rifles – have been flying off the shelves in Austria, and Austrians who haven’t already purchased a gun may not have a chance to get one for some time. They’re all sold out.

And those arming themselves are primarily women. [News sources point to a “rape epidemic” that is taking place.]

“If anyone wants to buy a long gun in Austria right now, too bad for them,” the Czech newscaster says. “All of them are currently sold out.” …

He claims the stock has been sold out for the last three weeks and that demand is being fueled by fears generated by social changes.

“People want to protect themselves,” Mayer said. “Nonetheless, the most common purchasers of arms are primarily Austrian women.” …

Bracing for another Islamic invasion

“Polish King John Sobieski defeated the Muslim invaders at the gates of Vienna in 1683. Another Muslim invasion is underway and Austrians are alarmed, hence their run on gun stores,” Pratt told WND. “Women are right to be concerned in view of the Muslim view of women that they are good for raping and little else.”