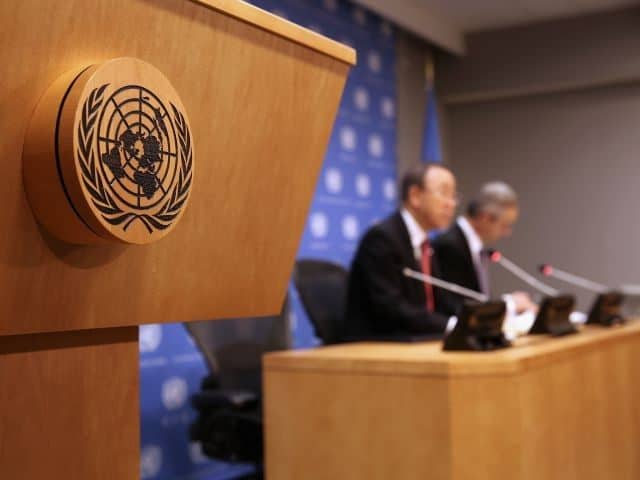 Representatives attending the UN Arms Trade Treaty (ATT) in Mexico this week have set up a structure for future conferences on gun control that include a veto-proof decision making process.

According to Reuters, representatives from 130 countries gathered in Mexico, although only 72 countries have fully ratified the treaty. They determined that Geneva will be “the seat of the permanent secretariat for the ATT” and they unanimously decided that unanimous agreements would not have to be reached on gun control decisions going forward.

On August 23, Breitbart News reported Gun Owners of America’s warning that officials from the Obama administration would be attending the conference, even though the U.S. Senate had not ratified the ATT.

The ATT is ubiquitously aimed at stopping “small arms [and] light weapons” from crossing borders–something which cannot be done without the creation of an international registry. Moreover, framers of the ATT explicitly stated that one of the goals of the treaty is to keep track of “end users” of “small arms [and] light weapons.” To that end, a record keeping system designed to last a “minimum of ten years” is suggested…

VIRGINIA SHOOTING VICTIM’S HUSBAND: ‘I BLAME THE GUY HOLDING THE GUN,’ NOT THE GUN