The ATF has already amassed records on over 54 MILLION gun-owning citizens in 2021 alone.

Meanwhile, the government knows absolutely nothing about the droves of illegal aliens who cross our border every day.

We cannot let the Biden-Harris Administration establish a federal gun database of innocent citizens who are merely exercising our constitutionally protected, God-given rights.

Please make a contribution to our 2A Protection Fund as the Biden-Harris Administration continues its war on innocent gun owners. 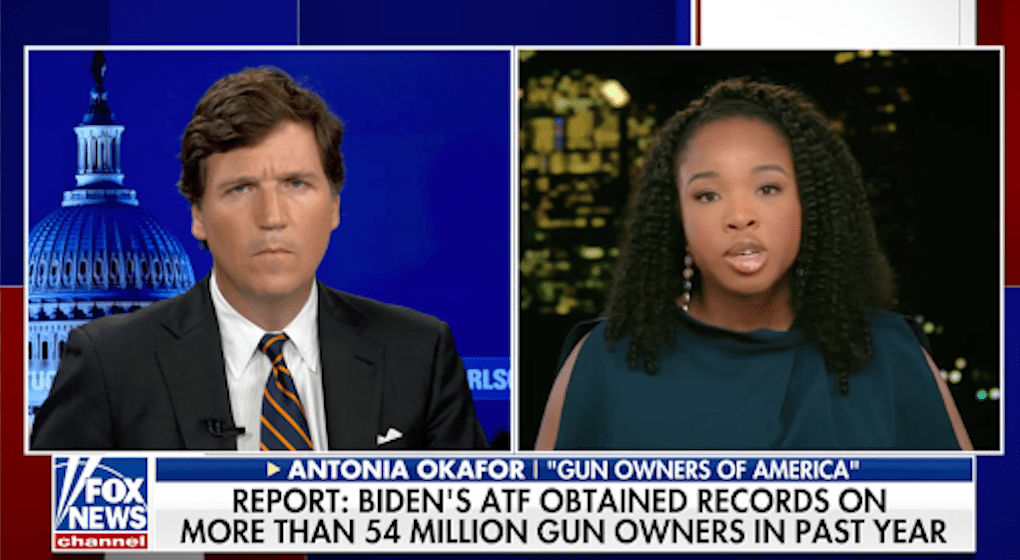 We are living under the most anti-gun administration in American history.

But Gun Owners of America has fought back against EVERY single infringement on your Second Amendment rights.

And we owe our many victories against this anti-gun regime to grassroots gun owners like you who are the lifeblood of our 2A movement.

Without the thousands of patriots like you who courageously stand up for your God-given rights, we wouldn’t stand a chance against anti-gun billionaires like Bloomberg and Soros.

In fact, earlier this month, in deep blue New Jersey, a political outsider who was denied a concealed carry permit decided to run for local office and successfully defeated the Democrat Leader of the Senate.

When we stand up and fight for our rights, we can win.

Gun Owners of America vows to fight the Biden-Harris Administration’s attempts to establish a gun registry and EVERY other assault on the Second Amendment — because your rights are not up for compromise.

But we need your support every step of the way.

So please, make a contribution to our 2A Protection Fund as the Biden-Harris Administration continues its war on innocent gun owners.