New Assault on 2A Rights Advancing Towards the House Floor

A bill to impose Red Flag Gun Grabs passed out of the full House Judiciary Committee on Wednesday by a vote of 24-18. The bill can now go to the House floor.

I need your urgent help bombarding the House of Representatives with letters to STOP this assault on our God-given rights. 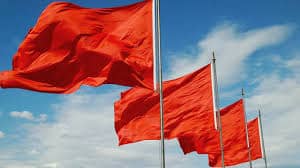 Please add your name to our pre-written letter to YOUR Representative, urging them to VOTE “NO” on this latest attempt to impose Red Flag Gun Grabs nationwide.

Last time anti-gunners tried to impose Red Flag Gun Grabs upon our country, 135 Republicans voted with Nancy Pelosi to stab gun owners in the back.

That’s why it’s critical that you let your Representative know that a vote for Red Flag Gun Grabs is a vote to shred our Second Amendment rights as well as our Fifth Amendment right to due process.

Red Flag Gun Grabs can be used to confiscate a citizen’s firearm without any real due process.

A disgruntled relative can simply assert that the gun owner in question is a “suspected danger” — without ANY proof of wrongdoing — and a SWAT team can show up at their house to confiscate their firearms.

At a time when the Biden-Harris Department of Justice is considering classifying parents as “domestic terrorists” for opposing left-wing indoctrination of their children, the last thing the government needs is more ammo to target innocent citizens.

Think about how many rabid left-wingers out there would love to report their gun-owning, conservative family members as suspected dangers.

We need to take immediate action to stop this assault on our God-given rights.

So please, add your name to our pre-written letter to YOUR Representative, urging them to VOTE “NO” on this latest attempt to impose Red Flag Gun Grabs nationwide.

NOTE: This article was updated after the House Judiciary Committee vote on October 27, 2021.