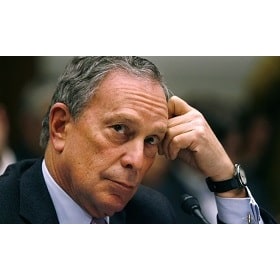 (CNN) — Like a 3-year-old who thinks he’s just discovered the wheel, billionaire Michael Bloomberg is reveling over his startling new gun control tool: the grass roots.

This is where it hurts to be the neophyte on the block.

Bloomberg: We will fight the NRA with common sense

In the 1980s, when “handgun control” was at its prime, its objective was to compete with the Second Amendment movement in organizing the grass roots.

When “handgun control” become politically incorrect, the reformulated Brady Campaign to Prevent Gun Violence pronounced that its objective was to match pro-gunner’s formidable grass-roots efforts with its own.

In fact, efforts in 2013 to pass Obama’s gun control policies were fueled by perhaps the biggest “grass-roots” organization that the “left” has mustered: Obama’s “Organizing for America.”

Yet, this effort, too, fell short.