A gun-rights organization says it is pleased the U.S. Supreme Court is set to review a firearm-related case that is challenging New York City.

The case involves a challenge to New York’s prohibition on carrying a handgun — licensed, locked and unloaded — outside the city limits.

The ordinance allows people licensed to have handguns to carry them outside the home to gun ranges in the city, but the guns must be locked and unloaded. City residents who filed suit demand the right to practice shooting at target ranges outside the city or to take their guns to a second home elsewhere in the state. 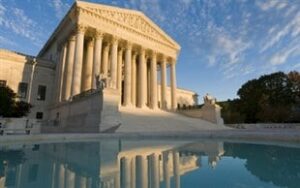 Mike Hammond, legislative counsel to Gun Owners of America, predicts the high court currently has five “pro-gun” justices when the case goes before them this fall.

“Hopefully, for the first time in a long time,” he tells OneNewsNow, “the Heller case recognizing that the Second Amendment is an individual right will actually be put into practice rather than simply being a theoretical issue.”

Heller was considered a landmark Second Amendment case in 2008 when justices ruled 5-4 that handguns are legally recognized “arms” as described in the U.S. Constitution, and therefore the justices ruled that strict firearms laws in Washington, D.C. are unconstitutional.

Dick Heller, a D.C. security guard, sued the city over a firearms ordinance so restrictive he wasn’t allowed to own a firearm in his own home after carrying one as part of his job.

Despite winning the landmark case, Heller and other D.C. residents faced onerous regulations and requirements demanded by D.C. bureaucrats. Hence that Second Amendment win is seen as a legal — but largely hollow — victory by some.

Currently, says the GOA attorney, there are only seven locations in all of New York City to legally transport and fire a handgun.

The case is expected to be argued in October and GOA hopes, as that date draws closer, the public will become more aware of a second landmark case over their Second Amendment rights.