Guns Found at Airport Checkpoints Are On Track to Break Record

While guns cannot be brought onto planes in carry-on baggage, they are allowed to be transported in checked baggage. Those firearms must be unloaded and locked in a hard-sided case. 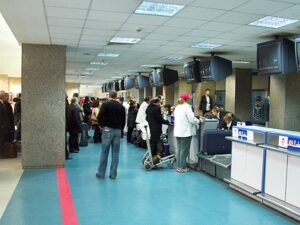 Aidan Johnston, the director of federal affairs for Gun Owners of America, a gun rights group, said that many passengers found with guns at airport checkpoints were in a stressed state because they were traveling and might not have been thinking about the location of their gun. He suggested that the increase in guns found at checkpoints could be driven in part by first-time gun owners who may not be familiar with the rules of traveling with a firearm.

Mr. Johnston said he did not support states’ punishing travelers for an honest mistake, but he encouraged gun owners to take on the responsibility of educating themselves about the T.S.A.’s requirements.