Inherent in the “right to keep and bear arms” is that individuals have a right to carry a gun. You know, that whole “bear arms” thing. However, as a society, we somehow decided that people could only carry a firearm legally in many places if they obtained permission from the government. Now, this was stupid, in my not-so-humble opinion, but it’s the law. 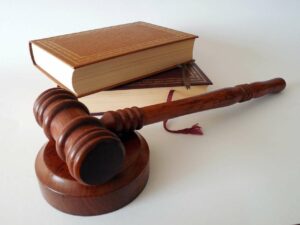 Because it’s the law, it’s imperative that the government make every effort to provide those required permits in a timely manner, otherwise, people’s rights are being denied.

It seems the Gun Owners of America agree, which is why they’re using the courts to try and pressure the city of Philadelphia to cut down the permit delays.

Gun Owners of America (GOA) said the city has infringed on the rights of local residents by ignoring a Pennsylvania law that requires localities to process applications within 45 days. Val Finnel, the group’s Pennsylvania director, said the lengthy wait times actively harm locals who are seeking to exercise their Second Amendment rights.

The GOA acknowledged the strain that Covid-19 had placed on government agencies, but said the delays—some stretching into 2022—were unprecedented in the region. While some Pennsylvania cities and counties moved the permitting process online or through the mail to accommodate a surge in gun sales, Philadelphia authorities have made no attempt to abide by state law. Finnel pointed to neighboring Bucks County, which has managed to process applications on a walk-in basis without any of the delays Philadelphia residents face.