How New York Gun Owners had their Privacy Abused

How New York Gun Owners had their Privacy Abused

— And the resulting fallout which threatens the law-abiding 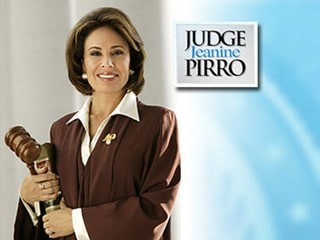 On December 23, 2012, under an article entitled, “The Gun Owner Next Door: What You Don’t Know about the Weapons in Your Neighborhood,” the New York Journal News published an interactive map (on its website) of gun owners and their homes from two counties in the suburbs of New York City.  Claiming their readers had a right to know, the Journal News’ article exposed thousands of gun owners to danger from criminal elements of all kinds — be it abusive ex-boyfriends to professional home invaders to incarcerated inmates.

Stalking victims, officers identified.  “Megyn Kelly of Fox News told Bill O’Reilly Thursday that a female stalking victim who had not heard from her assailant in two years has begun receiving harassing anonymous phone calls as she did the last time she heard from the stalker, two years ago.

“Kelly also learned that a retired police officer in the area is outraged that his name was published as a concealed carry gun owner, making him an easy target of any of the criminals he has pursued and arrested over the course of his career.

“In addition, the victims of domestic abuse who have been in hiding report that they now live in abject fear knowing that their violent former spouses are aware of where they live, including their phone numbers, according to Kelly.”

Prison guards threatened.  “They [corrections officers] have inmates coming up to them and telling them exactly where they live. That’s not acceptable to me…”

Home burglaries of gun owners.   “A burglary has been reported on Davis Ave. in White Plains, New York that evidently ties into The Journal News gun maps. It is reported that the burglar used The Journal News’ interactive gun map to target a home included on the map. Luckily the gun was locked up and no one was hurt…  Former convicts have already testified to the usefulness of the asinine Journal News ‘gun maps’ yet the reckless editors are evidently willing to roll the dice, gambling with the lives of innocent local homeowners.”

Home burglaries of non-gun owners. “This paper is way to the left of the New York Times,” Megan Kelly reported.  “When this [reporting scheme] happened in Tennessee, the effect was that burglaries increased at homes without guns. Burglars are not stupid! And what about people who are domestic violence victims or who have another security issue? The person who is targeting them need only consult the map provided by the newspaper to find out whether they have a gun.”

Judge is outraged for being “outed” as a gun owner in the paper. “Now the firestorm began when the Journal News identified gun owners in a pedophile-like interactive map. The battered woman, hiding from her abuser, whose address has been protected by the courts; the police officer whose family is now in jeopardy; the witness who testified against the bad guy who’s in jail and for years has been stewing about that witness; judges and DAs like me, who not only investigated, indicted and prosecuted criminals, but as a judge, actually put them in jail.”

“How dare you connect law-abiding citizens who’ve gone through rigorous background checks, who’ve been finger-printed, investigated and received judicial approval to exercise their Second Amendment right!  How dare you compare them to a nut job on the lunatic fringe, in desperate need of medication, playing violent video games for days at a time!  How dare you compare him to battered women in hiding, to the families of police officers and to judges and D.A.’s like me!

Criminals love the interactive map.  “That was the most asinine article I’ve ever seen,” said Walter T. Shaw, 65, a former burglar and jewel thief who the FBI blames for more than 3,000 break-ins that netted some $70 million in the 1960s and 1970s. “Having a list of who has a gun is like gold — why rob that house when you can hit the one next door, where there are no guns? What they did was insanity,” added Shaw, author of License to Steal, a book about his criminal career.

And Frank Abagnale — one of the most famous con artists in modern times and who was portrayed by Leonardo DiCaprio in the 2002 film, Catch Me if You Can — called the newspaper’s actions “reprehensible.”  Abagnale grew up in the suburban New York area covered by the Journal News.  “This would be equivalent to publishing the names of individuals who keep substantial sums of money, jewelry and valuables in their home,” Abagnale stated.

Another Wake-Up Call from North Korea