For Senate Democrats, passing gun control might be impossible, even without the filibuster

Senate Democrats have been eager to blame the GOP for stalled gun control legislation, but their own party lawmakers may ultimately block it. 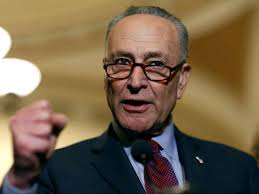 Senate Majority Leader Chuck Schumer has pledged to take up two House-passed bills to expand and enhance background check legislation but has yet to put them on the schedule.

The 60-vote threshold means at least 10 Republicans would have to vote for the bill unless Democrats get rid of the filibuster. Even with Republicans no longer an obstacle, Democrats would still lack the votes in their own party to pass the legislation.

Centrists led by Sen. Joe Manchin of West Virginia believe the language in the House bill barring transfers between friends and families goes too far and want broader carve-outs than are provided in the bill.

Senate Republicans are keenly aware of the hesitancy among key Democrats, and some are eager to cut a deal on a more bipartisan bill…

Sen. Jon Tester of Montana said he has concerns about the gun transfer ban in the House-passed background check legislation.

Tester is also likely to oppose legislation that would reinstate a ban on assault-style weapons, including the AR-15 that was used in the Boulder grocery store mass shooting that left 10 people dead. The measure would also ban high-capacity magazines and other types of ammunition…

Tester is up for reelection in 2024. Montana has been expanding gun owner rights under Republican Gov. Greg Gianforte, including a new law allowing residents to carry concealed firearms in public places without requiring a permit.

“The real effect here is that Jon Tester’s party is out of step with Montanans and their desire to protect their right to bear arms,” Aidan Johnson, director of federal affairs for Gun Owners of America, told the Washington Examiner…