Urge Your Legislators to Support the Second Amendment 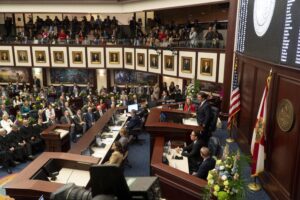 Florida is under a Legislative Dictatorship.

We have 102 Republicans in office between the House and the Senate, and yet we can count the pro-gun bills that have been introduced on a single hand.

These lawmakers campaign on a pro-Second Amendment stance, but once they arrive in Tallahassee, they suffer from amnesia.

This is unacceptable! And that’s why I need you to email your state Representative and Senator and urge them to co-sponsor and vote in favor for all pro-gun legislation.

​Currently, there are five pro-gun bills that are really worth getting passed. Constitutional Carry is priority number one; that’s HB 123. The second is HB 1205; it makes state and local law enforcement personally responsible if they enforce any federal gun control.

The next three are campus carry (HB 6001), the repeal of the ban on gun and ammunition sales during declared states of emergencies (HB 6005), and the repeal of the post Parkland gun control passed in 2018 (HB 6083). It would repeal the under 21 purchase ban, the red flag law, and the mandatory three- day waiting period. 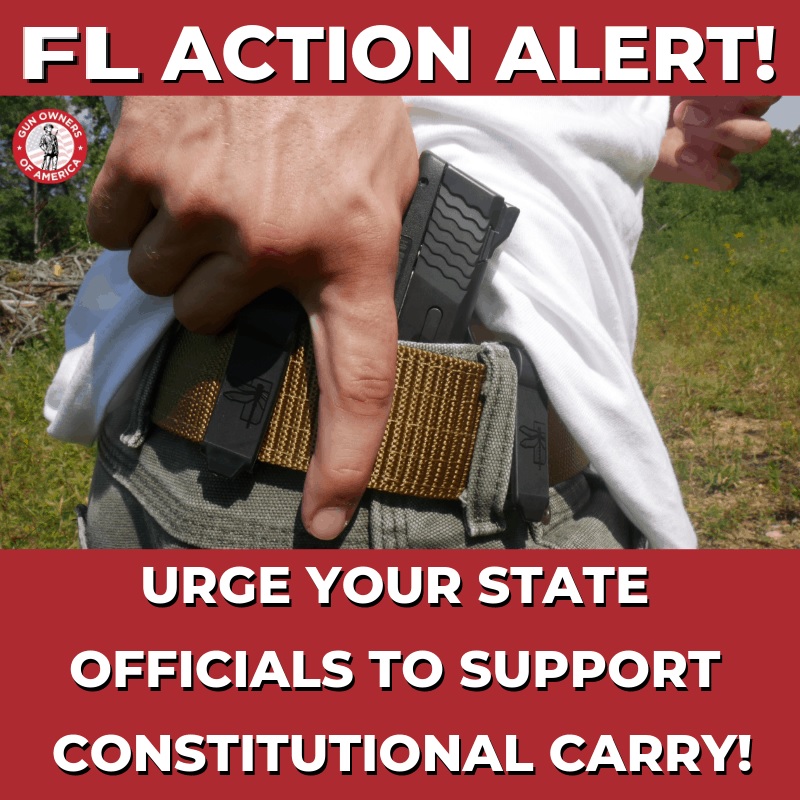 So, with these bills, you’d think it would be smooth sailing through the legislature to the governor’s desk right? Well, I wish that were the case. This past decade as shown that having a Republican supermajority in charge doesn’t mean automatic wins.

Florida is stuck between a rock and a hard place. Some Republican lawmakers believe that gun owners’ votes can be taken for granted when faced with a choice between them and an anti-gun Democrat. It’s the old game of “the lesser of two evils.”

In regards to the Democrats, I can tell you this. If you put pressure on them, some will bend. You did this when HB 295 was being heard in the House’s Criminal Justice Subcommittee — and some Democrats voted in favor of the pro-gun bill..

One of the Democrat lawmakers during the hearing flat out said that she’s been getting phone calls and emails about the bill and a good chunk of them were in support of its passage. That shows that your actions do send a strong message. Your pressure on lawmakers does sends a message.

If you stay quiet, they will continue to turn a deaf ear towards the Second Amendment.