Ben Sasse won his primary election for the U.S. Senate in Nebraska, and Alex Mooney won his primary fight for West Virginia’s Second Congressional District. Both candidates will now spend the summer preparing to win their general election contests this November.

We were proud to endorse both candidates early on because both men have displayed the skills and leadership that are required to fight the anti-gunners in Congress. Both the House and the Senate are in dire need of more pro-gun leaders like Ben and Alex. 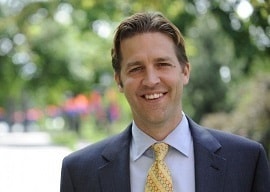 Unfortunately, some groups have launched unjustified attacks against Ben Sasse for supposedly not being pro-gun.

We take very seriously the process of interviewing and endorsing candidates. During the process, we make sure candidates have a solid understanding behind the original intent of the Second Amendment and why it is the right of all law-abiding Americans to keep and bear arms without infringement from the federal government.

Ben Sasse is unequivocally a pro-gun candidate and he filled out our detailed candidate questionnaire with 100% accuracy. He affirmed unequivocally that gun free zones and legislation proposing mandatory background checks on the private sale of firearms are unconstitutional and violate the rights of law-abiding gun owners.

Alex Mooney also holds the same positions and completed our questionnaire with a perfect score.

Because President Obama, Harry Reid, and Nancy Pelosi will do whatever it takes to destroy the Second Amendment, it is essential that we support candidates from all over the nation who are committed to the cause of liberty and sound government. 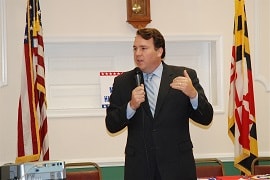 We are confident that Ben Sasse and Alex Mooney will do an outstanding job of defending the Second Amendment while in Congress, and that gun owners from all 50 states can count on them to support pro-gun legislation in either chamber.

Now is the time to rally around the pro-gun candidates who can restore our constitutional right to keep and bear arms.

Please visit Ben Sasse and Alex Mooney online and support these candidate in their journey to restore liberty.