First, it was the VA’s efforts to disarm law-abiding military veterans for supposedly being “mental defectives,” even though 18 U.S.C. 922(g) requires “adjudications” and there were none. 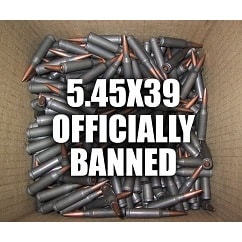 Then, it was the ATF’s actions to copy 4473’s and compile a gun registry, even though 18 U.S.C. 923(g) and other provisions of McClure-Volkmer prohibited that.

Then, it was Obama’s moves to illegally require reporting of multiple gun sales … and feed gun information into a national health database … and repeal federal privacy laws (HIPAA) … and try to ban the importation of shotguns.

All without any statutory authority whatsoever.

Now, within the last week, according to the Military Arms Channel Blog, the ATF may be on the verge of banning the importation of steel core 5.45×39 ammunition by regulatory fiat.

According to the website, the rumor stems from an importer who had filed a Form 6 to bring a shipment of 7N6 surplus ammo from Russia.  The form approval went well past 2 weeks, which is the normal time frame for a Form 6 to be approved by the ATF.

The importer emailed the ATF to find out what was going on, and received this email response back:  “A handgun has now been manufactured that chambers a 5.45×39 round.  That now makes steel core 5.45×39 armor piercing under our definition…”

This will not be the first time legal ammunition has been deemed by the ATF to have become mysteriously illegal because a new gun has been created.

Nevertheless, this is certainly a strained and perverted reading of what “armor piercing ammunition” is — a definition which looks to the metallic content and/or the intended use of the ammunition — not to all possible uses.

A couple of points need to be made: 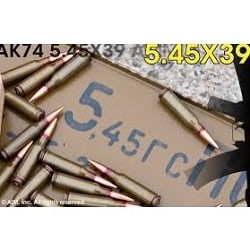 (1) First, the heavily-abused “armor piercing ammunition” ban was yet another gun control measure slammed through by Senator Bob Dole with the acquiescence of certain “pro-gun groups.”

(2) Second, if anyone wondered why we have fought for almost thirty years to oppose efforts to make the definition of “armor piercing ammunition” much broader, malleable, and subject to abuse, this recent ATF action is their answer.

We have defeated Obama’s efforts to rewrite this definition by statute.  But it is clear that, if the Obama administration can’t get Congress to pass an ammunition ban, it will ban ammunition on its own accord.

But it is time for Congress to use the “power of the purse” to stop these repeated exercises to turn both the Constitution and the laws into a roll of toilet paper.

ACTION: Please contact your representative. Tell him to reject any ATF spending bill which does not defund ATF’s unlawful regulatory activities.