In a surprise ambush, Democrats on the Senate Governmental Affairs Committee unanimously voted to defeat a Rand Paul amendment to allow guns in post offices.

But Senator Paul was relentless in trying to get his language adopted.  And as a result, a minor (anemic) improvement was later added as a sop to his persistence.

GOA wants to thank you, our activists, for taking action on this issue.  You might remember that anti-gun liberals — like the editors at Esquire magazine — laughed at GOA’s insistence that Americans be able to reclaim the right to protect themselves in Post Offices.  They consider this ludicrous and called us “nutballs.”

The good news is that, despite the opposition from the Left, the battle to reclaim our rights is advancing.  But more still needs to be done.

So, here’s what happened on Thursday:  The committee initially defeated the Paul language that would have completely repealed the gun ban in Post Offices. 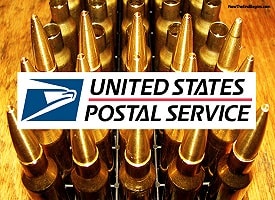 Among those who voted anti-gun (by continuing the postal gun ban) were three endangered Democrats running for reelection in pro-gun states:

In addition, two other notable Democrats voted anti-gun. These Democrats had just won reelection by pretending to be pro-gun, but they joined with the anti-gun chorus anyway.  They were:

The Paul amendment to the Postal Reform Act (S. 1486) was scheduled to be approved at the beginning of last week, but was postponed because of quibbling concerns raised by Senator Tom Coburn (R-OK).  But in the ensuing two weeks, the Bloomberg-faction in the U.S. Senate organized committee Democrats to maintain the gun ban in Post Offices.

As a result, Senator Paul’s guns-in-Post-Offices amendment was defeated (9-6) on a party line vote.

A weasel amendment by committee chairman Tom Carper (D-DE) commissioning a “study” on the issue was offered in a two-faced effort to give cover to anti-gunners.

The fact is that the postal gun ban doesn’t need “study.”  It has been in effect since 1972.  Beginning in 1983, a series of post office shootings against unarmed victims who were nothing but “sitting ducks” were so tragic and pervasive that they gave rise to the term “going postal.”

To his credit, Senator Paul didn’t want to settle for a mere study and kept pushing to get his amendment passed.  This later resulted in anemic language that allows some concealed carry — but only in postal parking lots and only for some gun owners.

That language passed unanimously and is now included in S. 1486.

That several Democrats on the committee were wary of allowing guns inside the actual post office buildings shows just how out-of-step they are with the American people — and the law-enforcement community.

In a nationwide poll of police officers by PoliceOne.com last year, over 90 percent surveyed “support the concealed carry of firearms by civilians,” and 80 percent of officers believed that legally-armed citizens would have “reduced the number of casualties in recent mass shootings.”

Senator Paul should be commended for his relentless push to get a concealed carry amendment passed — even if the language that finally passed was anemic in nature.

The five Democrats who swung the vote to kill the initial pro-gun language (to allow guns in Post Office buildings) were Senators Pryor, Begich, Landrieu, Heitkamp and Tester.

How many more unarmed people will have to die in post offices because these five Democrats lied to their constituents when they said they supported the Second Amendment?

Hopefully, after November, the answer is “none.”

(1) Everyone (no matter where you live): Contact your Senators and urge them to place a “hold” on S. 1486 because of the sleazy tactics which were used in committee to keep the gun ban in Post Office buildings on the books.  (The “hold” is a parliamentary procedure that is used by Senators to slow down legislation.)

(2) For those who live in AK, AR, LA, MT or ND: Tell the following Senators — Mark Begich, Mark Pryor, Mary Landrieu, Jon Tester or Heidi Heitkamp — that they have now proven that they lied to you when they pretended to support the Second Amendment.

NOTE: The proper text will be selected depending upon the state in which you live.