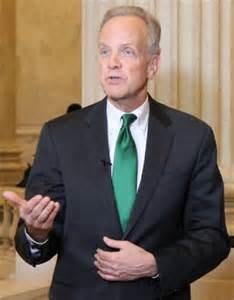 “[GOA’s Larry] Pratt also contends that the U.N. has a terrible track record in protecting human life. He said the horrors in Rwanda are a perfect example of why the U.N. has no business deciding who should and should not have access to guns.” — WorldNetDaily, June 2013
When you’re dealing with an adversary who hates the 2nd Amendment as much as Barack Obama, you have to fight attacks coming from several different directions.
We know we’ve thrown a lot at you lately. But there’s one other issue we’d like to bring to your attention.
As you know, the Obama administration recently signed the virulently anti-gun UN Arms Trade Treaty (ATT).
Although purporting to regulate international trade in arms, the treaty empowers anti-gun administrations (such as Barack Obama’s) to institute internal gun control, including gun bans, gun registration, and more.  In fact, the drafters of the treaty made no secret of their goal of imposing measures such as microstamping on countries like the United States.
GOA’s legislative counsel has done a word-by-word analysis of the treaty, which can be seen here.  If left unchecked, the treaty language will give rise a wide ranging series of gun control restrictions, as mentioned above.
Plus, it is entirely possible that, under the Supreme Court cases of Missouri v. Holland and Reid v. Covert, Obama could implement these restrictions without further legislation. After all, we’ve already seen the President do an end-around Congress by issuing over 20 executive actions this year.
Gun owners will rightfully counter that the UN — or the Congress or President for that matter — has NO AUTHORITY to impose any of these gun restrictions upon us.  And those gun owners would be absolutely correct!
But if the President begins illegally implementing the UN treaty “by executive fiat” — just as he has done through other executive actions — then good people will go to jail for resisting these efforts and will have to defend their rights in court for simply exercising rights that were given to them by God.
This is why we have to raise a holy fuss right now, and thankfully, there are efforts underway in the Senate to do just that.

Earlier this year, with our support, an amendment offered by Senator James Inhofe (R-OK) to defund the ATT passed the Senate by a

Now, Senator Moran (R-KS) is circulating a letter calling upon the administration to withdraw its support of the treaty. A copy of that letter can be seen here.
The Moran letter raises six problems with the treaty that should be alarming, even to Senators who are not strongly pro-gun. These include the fact that the ATT was slammed through without consensus … it’s ambiguous … and it can be amended (and made even more restrictive) by the other nations which are parties to the treaty.
ACTION: Please contact your Senators. Ask them to sign the Moran letter in opposition to the UN Arms Trade Treaty.