We also deserved a vote, Mr. Obama, but we didn’t get it from Harry Reid!

Spare us the platitudes, Mr. President. We know how you really feel.

-Stockman, Broun answer the call to KILL ALL GUN CONTROL in the House

Note to Barack Obama:  Spare us the snide sarcasm and the dripping contempt.  Obama’s condescending state of the union speech shows, once again, why gun owners don’t trust him.

“They deserve a vote,” hollered Obama, pointing to drooling anti-gun activists in the galleries. 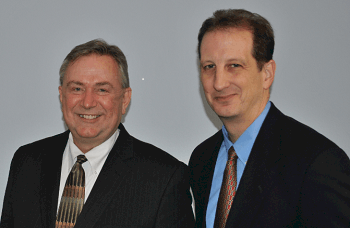 Veterans deserved a vote on whether they would receive due process from a court of law before having their constitutional gun rights taken away.  But, when Senator

Chuck Schumer threatened to filibuster the DoD authorization bill in order to block that amendment, it didn’t happen.

Gun owners deserved a vote on Sen. John Thune’s reciprocity legislation — allowing concealed carry holders to carry their firearms from one state into another.  But Democratic Leader Harry Reid made sure each controversial bill coming before the Senate was filled with the maximum number of allowable amendments, so Thune’s amendment couldn’t be offered.

Gun owners deserved a vote on appropriations language to block 16,000 IRS agents from imprisoning those who refused to comply with the anti-gun ObamaCare law.

But Reid carefully manipulated the Senate rules to insure the ObamaCare-related votes were kept to a minimum.

From responsible budgeting to gun rights, Reid’s office became the graveyard for votes on issues of interest to conservatives.

So what can gun owners do?  We can create a groundswell of support for what Rep. Steve Stockman (R-TX) is doing in the House.

Rep. Stockman has just told GOA that he and Rep. Paul Broun (R-GA) will be circulating a letter asking the House leadership to refuse to bring up anti-gun legislation that is NOT supported by a majority of the Republican members of the House of Representatives.

Stockman’s effort could potentially kill ALL GUN CONTROL in the House.

We know, we know.  We believe that gun control should die if only one constitutionalist-representative opposes it — or even if none do.  But, as a practical matter, if 117 congressmen sign a letter demanding that Boehner not bring up a gun control bill opposed by those 117 congressmen, gun control will die.  Without that letter,

Democrats will join with anti-gun Republicans, and gun control will pass.

ACTION:  Click here to contact your Representative and urge him or her to cosign the Stockman-Broun letter.  Please note that there are two different action responses for you to send, and the system will automatically send that response, depending upon whether your congressman is a Republican or Democrat.

"Big Bad Gun Lobby" Turns Out to Be Big and Bad, After All