“[The District Court] brazenly has ruled that Maryland may ‘infringe’ a right that the Constitution plainly states ‘shall not be infringed.’ Such a ruling cannot stand.” — from GOA’s brief in Kolbe v. O’Malley

A GOA-backed case is making its way through the court system right now — a case that, if successful, would bring down one of the toughest gun laws in one of the bluest states in the Union.

To this end, GOA and its foundation (GOF) are challenging Maryland’s so-called “assault weapons” ban in the U.S. Court of Appeals for the Fourth Circuit. 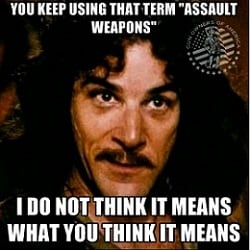 Click here to read the brief in Kolbe v. O’Malley.

In 2013, Maryland banned the possession or transfer of what it calls “assault weapons” and prohibited the transfer of so-called “large capacity magazines.”

Chief Judge Catherine Blake, a Clinton-appointee to the U.S. District Court for the District of Maryland, sided in favor of the law.  But in doing so, she engaged in a form of analysis of the Second Amendment that may be without precedent in the history of the Republic.

After assuming the Maryland law “infringes on the Second Amendment,” she then ruled that its infringement upon the right to keep and bear arms could be justified as a means to better ensure Maryland’s public safety ends.

GOA’s amicus brief responds to several factually inaccurate statements made about firearms by the district court in its opinion.  For example, the district judge mistakenly claims that so-called “assault weapons” are not in common use and are designed solely for offensive purposes.

Moreover, the judge claims that assault weapons fire at a greater distance and with greater accuracy than other firearms — as if a .223 bullet fired from an AR-15 will somehow travel further and more accurately than a 7mm bullet fired from a bolt action hunting rifle.

The judge claims that the rounds fired from assault weapons have more capability than other rifle rounds to penetrate soft body armor.  In reality, caliber has nothing to do with the type of rifle, and moreover almost all (if not all) rifle bullets penetrate soft body armor, so there is nothing unusual about the bullets fired by an “assault rifle.”

Finally, GOA’s amicus brief reminds the court that the proper standard of judicial review was laid out by the U.S. Supreme Court in the D.C. v. Heller decision (2008).  It is the constitutional text and history that governs the right to keep and bear arms, not judicial precedent and not ad hoc balancing of interests.

ACTION: There are two ways that you can help Gun Owners of America in continuing to bring cases like this before the federal bench:

* Support GOA.  You can go here to help support Gun Owners of America, to ensure that GOA can continue bringing quality briefs before the federal bench.

Own a Gun, Go to Jail, Welcome to New Jersey!