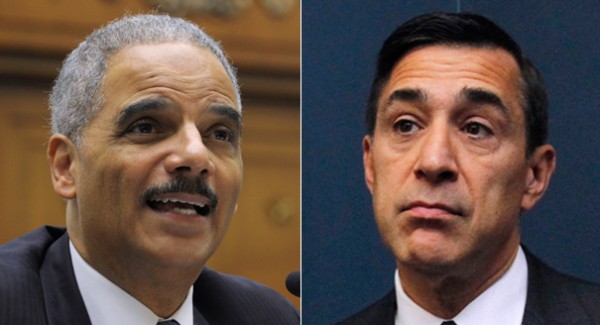 Having promised that his administration would be the “most open and transparent in history,” President Barack Obama invoked executive privilege today to lock up documents that House investigators were seeking in relation to the cover-up surrounding Operation Fast & Furious.

In response, the House Oversight and Government Reform Committee voted to hold Eric Holder in contempt of Congress, noting that he has consistently refused to release thousands upon thousands of subpoenaed documents.

Executive privilege has been used by Presidents in the past (all the way back to George Washington) as a mechanism to protect sensitive documents relating to things like the military, foreign powers, or the President’s power to pardon.

But today’s invoking of executive privilege was not aimed at protecting the country.  Rather, it appears to be nothing more than a crass attempt to cover-up lies and misstatements made by Eric Holder and others in his department.  Consider some of the following:

Technically speaking, executive privilege is supposed to be employed to protect deliberations where the President was personally involved.  Hence, the invoking of the privilege seems to suggest that the President (or his top deputies) have known more about Fast & Furious than has heretofore been admitted by any Justice Department official.

It’s interesting that Eric Holder wanted to get immunity from Issa’s committee before he would give any more paperwork to them.  Having failed to get the desired immunity, Holder asked President Obama to lock up the requested documents.

Ironically, that quote does not come from any Republican in the Senate, but rather from then-Sen. Barack Obama during a CNN interview on March 19, 2007.

The President has just raised the stakes as his actions today point to his involvement in either planning or covering up the fallout related to Operation Fast & Furious.

REMEMBER:  Those who are close to this investigation have concluded that Operation Fast & Furious was nothing more than attempt to bring new and stronger gun control laws which would only render Americans less safe.

But the Operation blew up in their faces after hundreds of people were killed by Fast & Furious guns — and in particular, a Border Patrol named Brian Terry in December, 2010.

ACTION: Now that Issa’s committee has voted to hold the Attorney General in contempt, it means that the full House will have to vote on the citation.  So please take the following action:

1. Click here to contact your Representative and urge him to VOTE IN FAVOR OF holding the Attorney General in contempt.

2. If your Representative is a member of the House Oversight and Government Reform Committee and voted in favor of the contempt citation today, thank him.  If he opposed it, then blast him!