Now, exactly half of the country has embraced Constitutional Carry, and the momentum isn’t slowing down. 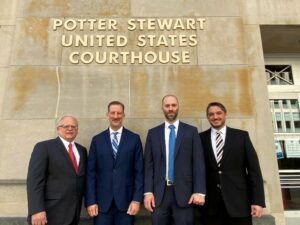 Erich Pratt (second from left) joins GOA’s “Dream Team” of attorneys outside the federal court building in Cincinnati, prior to GOA’s official appeal to SCOTUS.

Gun Owners of America (GOA) received support from 22 State Attorneys General last week with an amicus brief in favor of GOA’s Supreme Court petition challenging the reclassification of a bump stock as a machine gun.

GOA filed a petition last month for Writ of Certiorari in the Supreme Court of the United States (SCOTUS) challenging the ATF’s 2018 reclassification of bump stocks as “machine guns.”

GOA’s petition argues that the ATF circumvented Congress in their attempt to create new federal law. Its overly broad definition of “machinegun” could be used to ban other legal firearms.

Consider that the ATF has reclassified Forced Reset Triggers as devices that convert semi-automatics to machine guns. And yesterday, the agency announced its intention to regulate homemade firearms.

In a statement to the press, GOA said, “When you give the government a step, it takes a mile. With nearly half of our country’s top law enforcers supporting us on our petition to the Supreme Court on bump stocks, it shows that Americans want the government to stop trampling on our right to keep and bear arms. Anti-gun bureaucrats have no business chipping away at the Second Amendment, and we at GOA will continue to challenge anyone who tries.”

When the law goes into effect on May 24th, gun owners will be able to defend themselves with the weapon of their choosing while in transit.

GOA members and staff assisted passage of HB 4048 by lobbing state lawmakers in the capitol, in addition to grassroot calls to action. 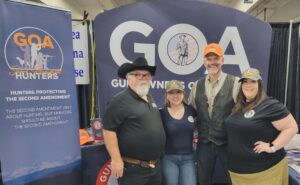 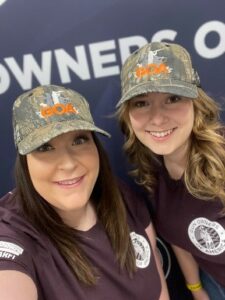 GOA’s Second Amendment Hunters exhibited at the Ducks Unlimited Everything Outdoors Expo this past weekend.

The GOA team educated sportsmen and sportswomen about GOA’s efforts to protect Second Amendment rights, as well as the American hunting tradition and hunter opportunities.

GOA also staff also discussed our efforts to end the federal regulation of suppressors under the National Firearms Act and our efforts to fight against recent anti-hunting groups who petitioned the Biden Administration to ban the interstate transport of legally harvested wild game. 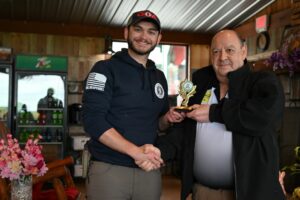 GOA’s Erich Pratt spoke at the event, along with GOA-backed Senate candidate Ted Budd. Budd is a sitting U.S. Representative and is currently leading in the polls for the U.S. Senate race in North Carolina.