Hawaii is arguing before the 9th U.S. Circuit Court of Appeals that its ban on the open carry of firearms is constitutional because it’s been around so long.

But Gun Owners of America, GOA has filed a friend-of-the-court brief pointing out that for most of the century and a half of the law’s existence, Hawaii either was a monarchy or a constitutional monarchy.

The brief argues Hawaii’s claim to be in a similar situation as New Jersey in a previous case fails, because New Jersey has been a state for 231 years and was a colony before that. 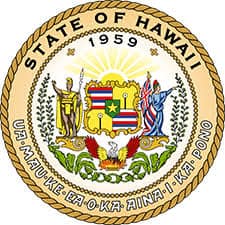 The dispute is between George K. Young Jr., who is challenging the state’s latest version of a ban on the public carry of weapons, and the state.

A panel at the 9th U.S. Circuit Court of Appeals ruled against the state, and officials petitioned for another hearing.

“Hawaii’s petition for rehearing triumphantly declares that ‘Hawaii has regulated the public carry of firearms for over 150 years,’ pointing to various enactments in 1852, 1927, and 1934,” the brief explains.

The state argues such restrictions have been widespread and longstanding.

“This is quite an assertion. … For most of Hawaii’s history, the island nation had no republican form of government – rather, it was a monarchy, ruled by kings and queens. Even after later transitioning to a constitutional monarchy, the Kingdom of Hawaii Constitution of 1940 did not recognize a right of the people to bear arms.”

“The Hawaii stranglehold on arms was easy to accomplish, since native Hawaiians had no experience with firearms prior to the arrival of Europeans in the late 1700s. Indeed, traders and settlers selectively doled out firearms in order to ‘unite Hawaii’s eight main islands into a single kingdom [under] Kamehameha 1.’

“This is hardly a noble pedigree to apply when determining the right of a sovereign people to keep and bear arms as a bulwark against tyranny,” the brief explains.

“Hawaii’s antiquated firearms regulatory scheme should be rejected out of hand – a relic of history, not unlike the sovereign prerogatives of King George, against which this country’s Second Amendment was designed to protect,” the groups argue.

The groups point out the Second Amendment states the right to bear arms “shall not be infringed.”