Written by Luis Valdes, The Truth About Guns Published: 16 December 2018 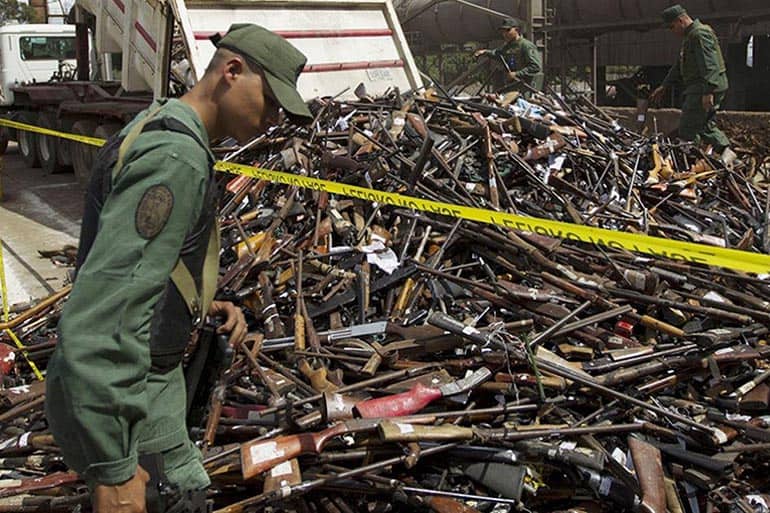 In 2012, Venezuela’s dictator-for-life President Hugo Chavez had his rubber stamp legislature pass the Control of Arms, Munitions and Disarmament Law. The public generally supported it at the time. The law stripped law-abiding Venezuelans of every firearm and round of ammunition they could legally own.

As the country and its citizens have increasingly benefitted from the wonders of Bolivarian socialism, it appears that the public now regrets their support for total civilian disarmament.

“Guns would have served as a vital pillar to remaining a free people, or at least able to put up a fight,” Javier Vanegas, 28, a Venezuelan teacher of English now exiled in Ecuador, told Fox News. “The government security forces, at the beginning of this debacle, knew they had no real opposition to their force. Once things were this bad, it was a clear declaration of war against an unarmed population.”