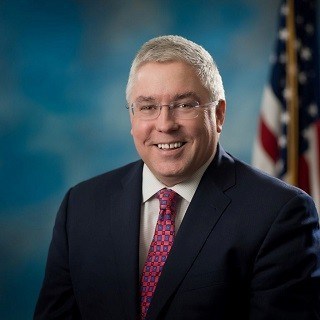 Joe Manchin loves gun bans so much, he put his name on one.

Joe Manchin’s bill would have forced Americans buying guns from private sellers to turn over their identities to the federal government for a background check permission slip.

In other words, it would be illegal to buy a gun from a fellow gun owner, unless you both register with and seek permission from the government.

Thanks to Gun Owners of America — and activists like you who mailed in your GOA postcards and called their congressman — we killed it.

Well, Joe Manchin hopes you forgot he tried to snatch your gun rights.

“If this bill is enacted, we will not only expand freedom, but we will keep our citizens protected,” Morrisey said.

When other officials tried to avoid a fight, Patrick Morrisey stepped up to take on the gun grabbers and defend your rights.

That’s EXACTLY what we need in the Senate right now.

So please vote for Patrick Morrisey tomorrow for U.S. Senate.

P.S. You can find your polling place here. Joe Manchin tried to make it illegal for you to buy a gun from anyone who doesn’t first get permission from the federal government.
Attorney General Patrick Morrisey stood up to gun grabbers, and led the fight to bring constitutional carry to West Virginia, even when other officials refused to fight. That’s why Gun Owners of America’s Political Victory Fund is proud to endorse Morrisey in his campaign to defeat Manchin.

Paid for by Gun Owners of America Political Victory Fund.

Not authorized by any candidate or candidate’s committee

Christy Zito is THE pro-gun champion