Click on the Take Action button to send one email urging all the members of the House Municipal and County Government Committee to support replacing HB 1749 with Representative McLean’s amendment, 2018-0138h, and then vote the bill “ought to pass.”  Please send your email before the Committee meets on Wednesday, January 24 at 10 am.  (You can copy-and-paste the text at the bottom of this alert.)

For many years, New Hampshire law has prohibited local jurisdictions from enacting Morton Grove-type gun bans which go beyond the limits imposed by state and federal law.

Amazingly, many local officials have responded by openly threatening to persecute gun owners however they want — irrespective of what the law says. 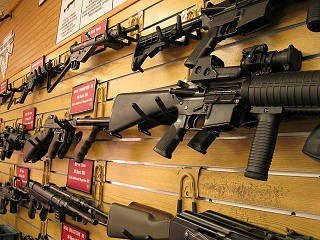 Just one example is the appropriately-named Jeff Peavey, chairman of the Lebanon School Board, who has thumbed his nose at state law — and has publicly stated that he will continue to impose illegal gun bans, no matter what state law provides.

In order to bring these renegade anti-gunners into line, Representative J. R. Hoell of the pro-gun enclave of Dunbarton, has introduced House Bill 1749.

This bill would allow aggrieved gun owners to sue in order to bring law-breaking officials into compliance.

In the case of officials like Peavey, they could recover damages and attorneys’ fees.  In any case, the gun owner could sue for an injunction against elected and appointed officials and rogue cops.  Violation of the pro-gun court order by any of these would bring a $5,000 fine.

This bill is similar to legislation enacted in Florida.  Prior to its enactment, local officials openly flaunted state law.  After enactment, however, they fell into line.

In addition, House Bill 1749 would solidify the principle that gun bans and anti-gun regulations can only be imposed by statute by the legislature — and cannot be imposed administratively by a government bureaucrat in Concord.

Finally, House Bill 1749 would outlaw the anti-gun bait-and-switch — in which a local jurisdiction can use taxpayer money to build a public arena, and then turn it over to an anti-gun private contractor who imposes gun bans which the municipality would not be able to impose.

Representative Mark McLean (R-Hillsborough 44) will offer an amendment which was produced by negotiations among several groups: Gun Owners of America, New Hampshire Firearms Coalition (which is allied with GOA) and Gun Owners of New Hampshire (the NRA affiliate).  We would urge you to support this amendment.

Rep. McLean’s language is a GOOD amendment that will make a good bill even BETTER.

Please contact the members of the House Municipal and County Government Committee and urge them to replace HB 1749 with Representative McLean’s amendment, 2018-0138h, and then vote the bill “ought to pass.”

Click here to send one email to all members of the House Municipal and County Government Committee — and you can cut-and-paste the text below.  Please do this prior to the Committee’s meeting on Wednesday, January 24 (10 am).

If you would prefer to call each member or send individual emails, please click here for a committee roster.

P.S.  Please urge the members of the House Municipal and County Government Committee to support replacing HB 1749 with Representative McLean’s amendment, 2018-0138h, and then vote the bill “ought to pass.”  And if you’ve let your membership lapse, make sure to renew your membership in Gun Owners of America today for only $20!

—– Email Language to Cut-and-Paste for the House Committee Members —–

On January 24, Rep. McLean will offer an amendment to HB 1749 which will, once and for all stop all local gun control. Numerous cities and towns, from Lebanon to Manchester are enacting gun bans that are prohibited by existing law.

However, since R.S.A. 159:26 does not contain any penalties, these local officials are defying the will of the legislature. This was confirmed at your hearing on January 10. Rep. McLean’s amendment, 2018-0138h will make HB 1749 a better bill and hopefully put an end to illegal gun bans. Please vote HB 1749 “ought to pass” with Rep. McLean’s amendment.

The Gun Owners of America and the New Hampshire Firearms Coalition have told me they will be monitoring the voting on HB 1749 and I will rely on their reporting to make sure you represent the will of the people.